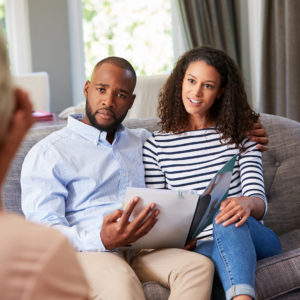 Lessons on Money Matters for the Black Community

Now that we are in that spirited Thanksgiving-to-Christmas period of holiday spending, this might be a good time to remember lessons learned from a financial discussion a few weeks ago. That’s when a panel of financial and economic experts offered five key words of advice to the black community: “Handle your money with care.”

Lawrence Funderburke, a former NBA player-turned-certified-financial-planner, seemed to sound the alarm the loudest when he used basketball analogies to offer direction. “We need a point guard; he controls the tempo. It’s the same for financial matters. You have to have a plan, but the truth is, many of us are just winging it.”

The 6-foot-9 Funderburke, author of the book “Sociopsychonomics: How Social Classes Think, Act and Behave Financially in the 21st Century,” was part of a panel discussion titled “Black Money Matters” at the annual Congressional Black Caucus Convention in Washington. The panel was hosted by Rep. Bobby Rush, a Democrat from Illinois.

Samantha Sanders, then-director of government relations at the Washington-based Economic Policy Institute, spoke of “de facto” and “de jure” issues that affect black citizens and their finances. The term “de facto” means unofficially in effect, as in issues such as racism, traditional customs, prejudices; de jure means official practices in action by law.

One such action by law is the federal minimum wage. A major impediment for black folk, Sanders explained, is that minimum-wage increases have been too infrequent to keep up with the pace of inflation.

What does this mean?

“If the value of today’s federal minimum wage had been in place since the Poor People’s Campaign began in 1968, the poverty rate for black and Hispanic people could have been reduced by almost 20 percent,” said Sanders, now the associate director of the Groundwork Collaborative of the Hub Project, a Washington nonprofit organization that advocates a more inclusive economy for all Americans.

Note this EPI statistic: The most comprehensive assessment of the effect of the minimum wage on family incomes finds that every 10 percent increase in the inflation-adjusted minimum wage reduces black and Hispanic poverty rates by about 10.9 percent. And had the federal minimum wage been raised to keep up with inflation since Dr. Martin Luther King Jr.’s 1968 Poor People’s Campaign, nearly 3.3 million black and Hispanic people would no longer be in poverty.

The bottom-line: “The best anti-poverty program is a great job,” Sanders said.

Panelist William Cunningham, an economist with Washington-based Creative Investment Research, focused on one of the most pressing economic matters of our time: the widening racial wealth gap. For example, for every dollar of wealth a white family owns, a black family has 10 cents, he said. “White supremacy and racism are factors in this,” said Cunningham, who calls himself “The Numbers Guy.”

Cunningham cited such prejudicial practices as real-estate redlining and denials/rejections of loans directed toward black applicants as examples of racial disparities in the wealth-gap equation.

To combat some of these obstacles, Cunningham advocated that black folk patronize credit unions “because they are fair to black people.”

Dr. Julianne Malveaux, founder and president of Economic Education, touted black-owned banks because “67 percent of their mortgage loans go to black people.” However, Malveaux said, “We used to own 100 banks; now we have only 22. Black-owned banks collectively have assets of only $5.3 billion, but black people have spending power of $1.3 trillion. Come on.”

Wilson, a U.S. Navy nuclear submarine veteran who is a director of workforce development and safety for the construction industry in the Greater Chicago area, suggested that black folk view their jobs as investments.

For example, use your job health-insurance coverage; use your salary to stay afloat, and take advantage of company-sponsored tuition reimbursement programs as a way of avoiding college debt.

And Wilson cautioned, “Do you really want to invest $200,000 for college tuition to get an art history degree, just to get a job as an assistant manager at Rite-Aid?”

Added Funderburke, a rags-to-riches story from the housing projects of Columbus, Ohio, to the glamour life of the NBA, offered an assist: “We should know the rules of the game. We need to know about things like planning for retirement; we need wills; we need to plan for our children’s futures.”

The 2 1/2 hour discussion closed with the tempo-setter approach that Funderburke espoused in the beginning, as Congressman Rush ended the forum with a bit of timely and relevant advice about how the ballot box can assist black people regarding matters of economics. Rush related, “Also learn how to use your elected officials. That means take your financial concerns to them. And it means exercising your right to vote.”

We saw that in huge numbers on Nov. 6, as the voting results spoke volumes.