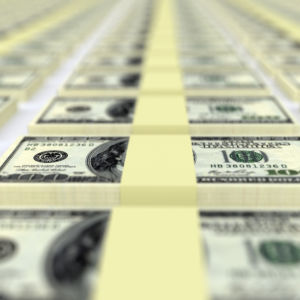 At first glance, the idea that the federal government should guarantee every citizen a basic monthly income might confound every ideal of individualism and self-reliance that lie at the core of the American self-conception.

But throughout history, ideas have traveled winding routes to reality, and this idea is no crazier than others were in their own time. “All men are created equal.” Remember that one?

With a longer pedigree than most people realize, the idea of a guaranteed income has hit its stride over the past year to an extent that merits a closer look. It hasn’t been water-cooler conversation, but certainly an intellectual phenomenon that’s made a modest political splash in some countries. In the United States, it has created odd alliances between laborites and libertarians.

Andy Stern, the former head of the Service Employees International Union, this month published a book entitled “Raising the Floor: How a Universal Basic Income Can Renew Our Economy and Rebuild the American Dream.”

After a career built around unions and collective bargaining, Stern has concluded that the labor movement, which has steadily lost members over the decades, hasn’t succeeded enough at fighting poverty. And it spends most of its time heading off attacks on unions, not moving a positive agenda.

“We are constantly playing defense,” Stern said. “And we occasionally have the chance for some incremental offense.  If our anti-poverty programs get us 14.8 percent poverty, then maybe we should have the courage to have a big idea.”

The idea isn’t much more complicated than the label itself. The government would pay its citizens a fixed amount of cash each month, no strings attached. It might be close to the amount needed to survive, but not enough to obviate the need for work.

A corollary to the income might be that programs for specific needs — food and the like — are simply converted into cash payments, though on this point liberals and libertarians might disagree. They both agree on the politics of the matter: once in place, it’s likely to enjoy broad support because, quite simply, everyone benefits from it.

Matt Zwolinski, a professor of philosophy at the University of San Diego, speaks for the libertarian-minded advocates of a guaranteed income when he argues that the traditional welfare state has outlived its usefulness.

“I’m not sure this would be radically life-changing the way some of my friends on the left think,” said Zwolinski. “But it’s a better way of addressing poverty than anything else that’s on the table.”

The idea is appealing enough that Switzerland last weekend held a referendum on instituting a basic income, but it wasn’t appealing enough to win. A proposal to pay each Swiss citizen about $2,500 per month failed by a resounding 77 to 23 percent.

Zwolinski wrote an approving essay on the subject for the libertarian-leaning Cato Institute, and it reflects a certain amount of resignation — you can almost hear the exasperated sighs. It’s entitled “The Pragmatic Libertarian Case for a Basic Income.”

The libertarian advocacy for a basic income arrives at that conclusion from the premise that the welfare state — all the programs that provide food, heating, income, retirement security or housing — don’t deliver as promised. Too many people are still in poverty. And the government coerces recipients with conditions like mandatory drug testing that violate all sorts of libertarian precepts.

However much libertarians might like to dismantle the welfare state outright, some reason, too many Americans appreciate the very imperfect job it does of taking the edge off poverty. So, the sensible solution is to accept a measure of income redistribution, but abandon any kind of coercion. Give people the money. See what happens. How could things turn out worse than they already are?

“In Libertarian Utopia, we might not have any welfare state all, no matter how limited or efficient,” Zwolinski wrote in his essay for Cato. “Many libertarians believe that any redistribution of wealth by the state violates individual rights and is therefore morally impermissible. But we do not live in Libertarian Utopia, nor have any of its prophets yet produced any compelling plan for how to get There from Here.”

The libertarian pedigree for the idea is long.

Milton Friedman, the Nobel Prize-winning economist who was a favorite of President Ronald Reagan, supported the idea. So did Friedrich Hayek, an Anglo-Austrian economist who’s become something of a patron saint to libertarians. Charles Murray, a fellow at the American Enterprise Institute known for linkages he’s drawn between race and intelligence, also backs the notion.

“You can come up with big libertarian names,” Zwolinski said. “Did they have good libertarian arguments? I think the answer is yes.”

Stern, by his own account, is a recent and somewhat accidental convert to the idea.

Until 2010, Stern, 65, was head of the SEIU, one of the largest unions in the United States, and a labor leader who has, at times, torn up the movement’s rule book. Most notably, he led SEIU out of the AFL-CIO, the nation’s largest labor federation, and linked up with a smaller group of unions to form Change To Win. They argued that the labor movement had to focus on organizing workers, and not become distracted by national policy fights.

As he sat down to look at the history and future of work, Stern confronted, especially after the 2008 financial crisis, a labor market that isn’t meeting the needs of today’s employees, and will probably bring change that unions can’t stop or accommodate.

“I’d run out of ideas about how to help workers,” Stern said.  “It wasn’t clear to me that the union movement could play the role it once did.”

Stern’s study of today’s economy shocked his mind open to the idea of a universal basic income.

Western economies in the aftermath of the financial crisis have driven home the fact that economic growth doesn’t necessarily bring job growth or wage growth. The Great Recession, which started in December 2007 lasted through June 2009, according to the National Bureau of Economic Research. But solid job growth didn’t start until at least 2011, and the Federal Reserve is still waiting for sustained evidence that wages are rising before it raises interest rates for the first time in nearly 10 years.

At the same time, the market for labor in the United States is ripe for “severe disruption,” Stern said, of the sort that makers of buggy whips might have experienced when Henry Ford started making cars that ordinary Americans could afford in the early 20th century. It won’t get harder for some people to sell their labor. It will simply be impossible.

The evolution of the technology is “exponential,” while our awareness of it, Stern laments, is “incremental.”

A massive demonstration of this trend may come when driverless trucks — remember, Google and its ilk are already fiddling with driverless cars — hit the roads. Truck drivers are the single largest group of employees in 29 states, Stern points out, with 3.5 million jobs and many more in rest stops, restaurants and motels.

His exposure to the basic income idea came by chance, when a research assistant pushed some information onto his desk about a universal guaranteed income. “It was one of those moments where you realize the potential,” Stern said. “And I didn’t realize there was a worldwide network of research on this issue, and that there has been for a long time.”

Literally. There’s a global conference on the subject in Korea in July. Another, for North America, took place last month. A not-insignificant group of scholars have delved into the mechanics, politics and ethics of the idea.

The Canadian province of Ontario has announced plans for a pilot project later this year. “Poverty costs us all. It expands health-care costs, policing burdens and depresses the economy,” Art Eggleton, a former mayor of Toronto and now a Canadian senator, said in support of the idea.

The chief point of contention between labor and libertarians, should such a proposal ever gain traction, may be how far it goes in upending the traditional welfare state.

Advocates from the left like Stern see a universal basic income as an additional payment that channels money from the higher income ranks to the least well-off. Any given monthly stipend, be it $500 or $2,500, would mean more to impoverished Americans than it would to rich ones.

“It’s not that we spend too much money on welfare in the United States,” Zwolinski said. “But what we spend isn’t very effective.”

The consensus for a guaranteed income isn’t currently there in the United States. Or rather, it has not returned.

In 1969, Richard Nixon proposed a Family Assistance Plan that would have replaced a raft of federal programs with a single, no-strings-attached payment of $10,000 — in today’s dollars — for families with children. At one point, it sailed through the House of Representatives by a vote of 243 to 155. But enactment eventually stalled in the Senate amid opposition from Democrats.

They thought the payment should be bigger.