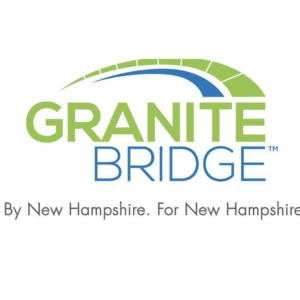 Liberty Utilities announced on Friday it’s pulling the plug on the Granite Bridge pipeline project, bringing an end to a three-year battle and denying Democratic gubernatorial candidate Andru Volinsky a debating point in his party’s primary.

The pipeline project — which had the bipartisan backing of 22 of the 24 state senators in 2018 — was proposed to meet an identified shortage of winter heating capacity in New Hampshire. Liberty Utilities’ turnaround came when capacity on the existing Concord Lateral pipeline became available that can handle the increased volume of natural gas the company’s growing customer base needs.

According to a statement from Liberty Utilities, they are “replacing the company’s Granite Bridge proposal with a request to approve a 20-year contract for capacity on the existing gas transmission pipeline known as the Concord Lateral, serving Liberty’s New Hampshire customers. By making use of newly available capacity on existing infrastructure, Liberty Utilities would be able to allow New Hampshire families and businesses to choose clean, low-cost natural gas into the future, without the need to construct the Granite Bridge project.”

Executive Councilor Volinsky opposes the pipeline and recently stepped up his attacks. Volinsky is running for governor as a supporter of the “Green New Deal” and an ally of the aggressive environmental activists at 350 New Hampshire,  Rights & Democracy NH and EchoAction.

Volinsky’s opponent, state Sen. Dan Feltes, says he supported the project due to the danger of gas shortages during peak usage time — a “winter heating capacity need.” Volinsky has repeatedly denied this need exists, despite testimony to the contrary from staff of the Public Utilities Commission and others.

While opposing the expansion of natural gas, Volinsky has not proposed a plan to fill that capacity gap in the next five years, nor explained how the approximately 500,000 Granite Staters currently using either heating oil or propane will be moved to renewable energy in the near term.

“As a long-time champion of clean energy and for working families, it’s great to see a commonsense solution to meet the winter heating need. Denying the factual reality a winter heating need exists is as dangerous as denying climate change. This is a good day for New Hampshire, for the future of clean energy, and for low-income Granite State families and seniors who have no choice but to heat their homes with natural gas because they cannot afford to transition to a clean energy heating option.”

Progressive activist state Sen. Martha Fuller Clark (D-Portsmouth), a supporter of the pipeline, was also happy to hear the news.

“I am grateful to see that Liberty Utilities will be able to meet the needs of their customers and continue providing an affordable energy source while New Hampshire transitions to the use of more renewable energy. As the Chair of the Senate Energy and Natural Resources Committee, I am pleased to see their continued efforts to meet our state’s energy needs while minimizing the environmental and property impacts to New Hampshire.”

Volinsky posted a message on Twitter praising “the hard work & success of climate activists who opposed Granite Bridge,” but it’s unclear what he means by “success.” The activists didn’t stop the project. Liberty Utilities is merely switching to a different pipeline to move the same natural gas Granite Bridge would have handled.

If anything, losing the Granite Bridge pipeline is a setback for the green activists, taking away an infrastructure project with potential “NIMBY” issues they could use to rally support. Now, the increased level of natural gas will flow without building new pipeline or storage tanks. Where does 350 New Hampshire go to protest that?

And without Granite Bridge, Volinsky has lost a political weapon to use against Feltes. He’s left debating abstract policy differences rather than a specific project and its impact. Not that he isn’t trying.

“Dan’s claim as a climate champion should be questioned, as should his loyalty to Liberty Utilities,” Volinsky said Friday.

Meanwhile, most Granite Staters stuck waiting for the fuel truck to show up and fill their tanks this month would gladly switch to cheaper, cleaner natural gas.

Liberty Utilities plans to continue to increase its customer base beyond the 96,000 homes and businesses it currently serves in the state.

“Liberty’s customer-centric mission means we are constantly working to maximize value for our customers and for New Hampshire’s communities,” said Sue Fleck, President of Liberty-NH, in a statement. “That’s why we proposed the Granite Bridge project in the first place — to ensure natural gas service would be available for customers who want it with minimal impact to host communities.

“We always strive to put our customers and our communities first, and our new filing today reflects that.”