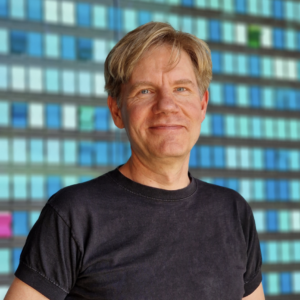 Is Our Climate in Crisis? A Q&A with Bjorn Lomborg

Dr. Bjorn Lomborg runs the think tank, the Copenhagen Consensus, where he offers a non-traditional analysis of global challenges from disease and hunger to climate and education. For his work, Lomborg was named one of TIME magazine’s 100 most influential people in the world. He joined InsideSources for this Q & A.

Your book “False Alarm” is a plea for a cool-headed, data-driven climate debate. Why shouldn’t we worry about climate change and its impacts?

But doesn’t climate change put our livelihoods at risk due to more extreme weather events?

Activists constantly talk about the existential threat climate change allegedly poses and the deaths natural disasters inflict, but they never quite manage to total up those deaths. One reason is that it is easier to bend the data about disaster frequency than to bend death statistics. Death tolls tell a very clear story: People are safer from climate-related disasters than ever before. Compared to a century ago, today’s death toll from storms, floods, droughts, wildfires, and extreme temperatures has decreased by 99 percent.

Still, you say we need to find better solutions to climate change. What has climate policy achieved so far?

Very little, unfortunately. Despite hundreds of billions of dollars spent on climate finance every year, emissions have increased as if there was no climate policy whatsoever. In a startlingly honest review of climate policies of the last decade, the UN Environment Program found global emissions since 2005 were indistinguishable from business as usual.

The much-hyped and subsidized solar and wind power are still ill-equipped to power our modern societies, especially when the sun doesn’t shine and the wind doesn’t blow. Improving battery storage won’t help much. There are enough batteries in the world today only to power the global average electricity consumption for 75 seconds. Even though the supply is being scaled up rapidly, by 2030 the world’s batteries would still cover less than 11 minutes. For context: Every German winter, when solar output is at its minimum, there is near-zero wind energy available for at least five days—or more than 7,000 minutes. We won’t be able to significantly slow down global warming if we continue with the same expensive and ineffective policies of the past.

Yet, leaders around the world promise net zero emissions around mid-century. Is that a realistic promise?

We have heard grandiose declarations about transforming the global economy and our way of life for more than 20 years—yet emissions continue to increase. Achieving the vision of zero emissions with current technologies would be so expensive that protests could erupt everywhere long before the goal is reached. It has been proven around the globe that politicians can be quick to backtrack on expensive climate policies when faced with economic trouble and an angry electorate. Consider French President Emmanuel Macron’s flip-flop on his signature fuel tax hikes after the ‘yellow vests’ protests erupted, or the German Green Party’s U-turn on fossil fuels amid sky-high energy prices.

Let’s assume politicians will stay true to their net zero promise. How much will it cost to get there?

For the U.S., one recent study in the respected journal Nature found reducing emissions by only 80 percent by 2050 will cost more than $2.1 trillion in today’s money annually by midcentury. That is more than $5,000 per American a year. Achieving 100 percent reductions would be more than twice as expensive.

Unfortunately, this incredible sacrifice will have minimal effect on climate change. Even if the whole country went carbon-neutral tomorrow, the standard United Nations climate model shows the difference by the end of the century would be a barely noticeable reduction in temperature of 0.3°F. That is because the U.S. will make up an ever-smaller share of emissions as the populations of China, India, and Africa grow and get richer. We, therefore, need a global solution that unlike today’s policies is affordable for developing countries.

With the recent passage of President Joe Biden’s Inflation Reduction Act, doesn’t the U.S. lead the world by example when it comes to climate action?

Curiously, neither White House officials nor climate activists are stating the actual climate impact of spending $369 billion on the bill’s climate provisions. There is a good reason for this. The UN’s climate model shows the impact will be impossible to detect by mid-century and still unnoticeable even in the best case by the year 2100. For all these hundreds of billions spent, you will slow down rising temperatures by merely 0.0009°F to 0.028°F in 2100.

That’s hardly something any other country will be eager to emulate. Even if the U.S. is now proclaimed a global climate leader by some commentators, it will have few followers.

First, we need a sober, data-driven discussion about the costs and benefits of our climate policies. Reasonable conversations about climate change are rare, but they would be more common if political elites dropped their apocalyptic language.

And then we need to recognize that if green energy is going to take over, we need to make it as reliable and cheap as fossil fuels. Otherwise, developing nations in particular are not going to switch to cleaner energy, preferring instead to focus on development and prosperity. Therefore, world leaders should invest a lot more in the research and development of all sorts of green energy from solar, wind, and batteries to fourth-generation nuclear and carbon capture. Many of these technologies will ultimately fail, but we only need a few to become so cheap that everyone—including China, India, and Africa—can access plentiful and reliable green energy while reducing emissions.