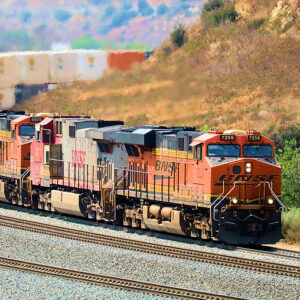 The White House made a show Tuesday of saying it was preparing contingencies should a labor strike force a shutdown of rail lines and plunge the nation into another supply chain crisis. What President Joe Biden’s administration has not emphasized is that Washington could prevent the crisis from happening in the first place. Congress has the power to simply force a settlement in the contract negotiations between the industry and the unions. Why not use it?

The apparent answer is that Biden, a union ally, would rather not urge Congress to do that because the unions are the holdouts in current contract talks. It is an ironic situation because Biden has been on the union’s side throughout the situation. The question now is how far “Blue Collar Joe” is willing to go for his union friends.

Back in July, Biden created the Presidential Emergency Board (PEB), a panel of arbitrators to “investigate and report” on a possible breakdown in the talks after both sides refused voluntary arbitration. The administration did that with great fanfare to send the message that it was on top of the issue and trying to find a union-friendly resolution.

That was the message behind Tuesday’s announcements as well. “We have made crystal clear to the interested parties the harm that American families, businesses, and communities would experience, if they were not to reach a resolution,” White House press secretary Karine Jean-Pierre told reporters. A strike could cost the nation $2 billion a day.

The PEB put forward a proposed deal in August that looks pretty good for the workers, at least on the surface. It provides a 24 percent wage increase through 2024 with another 14 percent wage increase effective immediately. That would put the average pay for a rail worker at $110,000 per year by the end of the agreement, not counting benefits.

The business community is not opposed to that deal. The rail industry is okay with the PEB’s recommendations and the Chamber of Commerce has endorsed them as well. Ten different unions representing industry workers have also okayed the PEB proposal; but two of the largest, the Sheet Metal Air Rail Transportation and the Teamsters Brotherhood of Locomotive Engineers and Trainmen, have balked. They want additional sick leave that would effectively create extra 15 days of paid time off, something even Biden’s labor-friendly PEB said was over the line.

A strike could have major economic implications. It would likely cause a repeat of last year’s supply chain crisis, which caused shortages in vital goods across the country and helped spark the current inflation. The problem last year was caused by backup at seaports. A shutdown of railway lines could be worse. The industry has said without more workers it would have to restrict the transportation of hazardous materials. That could drive up energy prices.

The wrinkle is the transportation industry unions are under the authority of the Railway Labor Act. That law allows Congress to simply force both sides to accept a deal. It is part of Congress’ powers under the Commerce Clause. House Democratic Leader Nancy Pelosi and Senate Democratic Leader Chuck Schumer could therefore hold the votes and make the PEB’s proposal a fait accompli. If the prospect of a strike is as potentially dire for the nation’s economy as the White House has claimed–and it likely is–then why not do that? Government intervention is rarely a good idea, but a strike could impact the entire country.

Biden presumably hopes the subject can be resolved before it comes to that. A lot of deals are reached at the 11th hour and deadlines have a way of focusing the mind, so he might luck out. But if the talks break down, he will have to decide between sticking with his union friends or protecting the rest of the country.