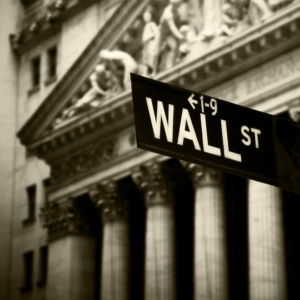 Markets Are Asleep at the Wheel

Markets do not have the best of past records in pricing in major systemic risks to the global economy that later materialized and that then caused substantial market declines. Judging by how sanguine markets currently seem to be about the unusual constellation of major risks facing the world economy, we could very well be on the cusp of another episode on which we will look back and ask ourselves what were the markets thinking.

Niall Ferguson, the noted historian, provides us with a vivid past example of global financial markets failing to price a major risk that should have been all too evident to market participants. He reminds us how calm markets were on the eve of the outbreak of World War I even though it should have been obvious to all that a major war was only a matter of time. When war did break out, financial markets both in London and New York panicked to a degree that required their stock exchanges to be closed for several months.

The 2008-2009 global financial market meltdown provides a more recent example of markets having failed to price in major risks that market participants should have anticipated had a great chance of materializing. Despite the emergence of the sub-prime mortgage loan problem and the need to bail out Bear Stearns in March 2008, markets remained relatively calm until the September 2008 Lehman bankruptcy. It was only then that markets began their largest decline in living memory which in turn gave rise to the Great Economic Recession.

Today, markets remain remarkably calm in spite of an unusually high number of major systemic risks that have all too large a chance of materializing before year-end. These include an escalation of U.S.-Chinese trade tensions and the threat of a 25 percent U.S. import tariff on European and Japanese automobiles. They also include the prospect of a hard Brexit, an oil supply disruption due to increased U.S.-Iranian tensions, and another round of the European sovereign debt crisis centered on Italy whose economy is ten times the size of that of Greece. This is not to mention the likely deepening in emerging market currency crises in countries like Argentina, Iran, Turkey and Venezuela or political reversals in a country with serious public finance problems like Brazil.

Making the markets’ seeming indifference to these risks all the more surprising is the fact that they are occurring at the same time that the world is drowning in debt and that the risk associated with this debt is badly mispriced. This heightens the chance that should any of these systemic risks materialize and cause a repricing of risk to more normal levels, we could have real strains in the global financial system that in turn could throw the global economy into recession.

One has to hope that while markets seem to be asleep at the wheel the same is not true of global economic policymakers. Otherwise, we run the risk that policymakers will again be caught as flatfooted as they were in 2008-2009, which could delay and complicate the eventual resolution of a likely global financial market crisis.