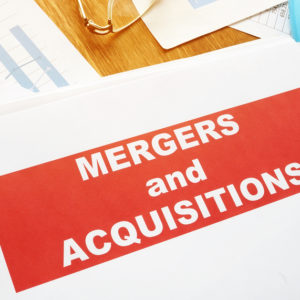 Mergers and Acquisitions Benefit the Economy and Americans

Mergers and acquisitions (M&A) are frequently the subject of business news and 2019 has been no different. Through the first nine months of 2019, for example, companies announced M&A of $1.67 trillion — a record high.

Heightened activity of this kind naturally raises concerns about competition. Traditional economic theory holds that the higher the degree of competition there is in any given industry, the better off the economy is as a whole. In particular, economists contend, consumers benefit greatly from a high degree of competition that puts upward pressure on quality, downward pressure on prices, and incentivizes the necessary degree of innovation to drive an economy forward.

But a theory in the abstract can play out much differently in real life. This process of industry consolidation, contrary to popular belief, can actually be good for taxpayers, innovation and the economy. Let me explain how.

First, M&A allows companies to take advantage of economies of scale that drive prices down. This is especially true for capital-intensive industries such as technology, health care and aerospace. The more companies can spread their high fixed costs over a larger volume of production, the more downward pressure on prices.

Second, stronger earnings lead to healthier retirement and investment accounts. A secondary benefit of M&A is more wealth for shareholders, and a tertiary benefit is to boost real gross domestic product through the “wealth effect.” For any given level of income in the aggregate economy, a higher level of wealth will boost consumption spending — which is about two-thirds of GDP.

Third, the economies of scale from M&A allow companies to more effectively compete in international markets that have very large players — such as those frequently subsidized by foreign governments. In these markets, it takes large U.S. companies to establish and maintain a competitive edge in innovation, production and marketing. Without M&A, some U.S. companies would be at risk of failing, which would actually reduce competition. The U.S. is losing its R&D edge to China, and M&A can help reverse that dangerous trend.

Fourth, by making an economy more efficient and more productive, M&A reduces inflationary pressures. With less inflation, price signals become clearer and resource allocation improves throughout the economy. And with less inflation, any given level of income and wages will generate more real demand for final goods and services, which will generate more demand for labor, which in turn creates more income. Real GDP will benefit from this virtuous disinflation cycle.

Tech companies have been performing M&A for decades in order to remain competitive in this fast-moving industry. Apple bought Beats by Dre for $3 billion. Oracle acquired PeopleSoft for $10.3 billion. Facebook bought WhatsApp for $22 billion. The list goes on, with no proven harm to consumers. To the contrary, consumer have gained from the M&A, as has the overall economy.

The recent T-Mobile and Sprint proposed merger, meanwhile, will enable the integration of existing capabilities to create better efficiency, while strengthening competition with nations such as China and South Korea in developing proprietary 5G technologies. Just as tech companies need to continuously compete with foreign developments, so does the U.S. aerospace/defense industry.

The big story in this space is the proposed merger between Raytheon and United Technologies Corp. The combined company will have annual sales of nearly $75 billion and will be better positioned compete in the $1 trillion international aerospace industry. As a result, $500 million in savings will be passed on to taxpayers and investors are expected to receive as much as $20 billion through dividends and stock buybacks.

The proposed merger has received shareholder approval and has also garnered support from government officials and industry experts. Recognizing both the need for the merger and the lack of antitrust concerns, Ellen Lord, undersecretary for Acquisitions and Sustainment, said, “There are no major concerns that I know of right now,” and gave the proposal a tentative stamp of approval from the Pentagon.

There is a reason, during the Trump economy, M&A activity has picked up, just as it did under the President Reagan’s dynamic economy. The Reagan administration lifted barriers to M&A, which helped to lead the economic resurgence of the 1980s and 1990s. Firms can take advantage of the strong economy by using M&A to enhance their competitive position — which leads to increased, not decreased, competition. While we must be sure to ensure appropriate oversight remains in place, this type of corporate activity is generally a benefit to our economy, not a detriment, and should be welcomed.

Paul Prentice is a professor of economics and business at Colorado Technical University and a former economist in the Reagan administration. He wrote this for InsideSources.com.