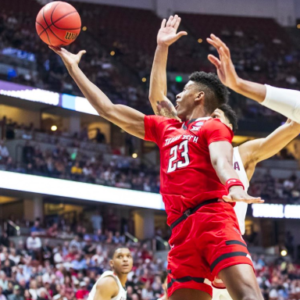 To pay or not to pay.

Combine economics, basketball, finance, education, race, opinions … and we have a most contentious debate.

According to a recent survey of 2,200 respondents by “Morning Consult,” a Washington-based data analytics publication, race is a strong indicator of who says pay college athletes for their athletic service and who says their scholarships are enough compensation.

Especially in football and basketball, the key revenue-producing sports in the corporation that is major-college athletics, also known as the NCAA.

The survey conducted by “Morning Consult” discovered that 55 percent of black respondents advocated student-athletes receiving salaries while only 31 percent of white respondents agreed.

Show me the money. Or … maybe not.

This issue annually vaults to the forefront because of that $9 billion NCAA/TV enterprise called March Madness that extends into April.

Perhaps the insistence by black respondents that college basketball players be paid lies in the racial makeup of the players. According to “Morning Consult,” the NCAA database lists the black-male participation rate in college basketball at 56 percent. And, as many of us know, that 56 percent is probably more like 90 percent when the conversation switches to starting lineups/top reserves for most major-college basketball programs, though black males comprise only about 6 percent of the general U.S. population.

Simply observe the players on the court for the Final Four teams: Texas Tech, Virginia, Auburn and Michigan State.

Joe Feagin, a sociology professor at Texas A&M University, suggested the history of slavery and Jim Crow segregation were key factors in the views of black respondents on the pay-or-not-to-pay issue. He told “Morning Consult” that “any of these questions where it opens up more opportunities are going to be valued more heavily by blacks.”

Feagin added that because most black folk can’t offer “cross-generational transmission of resources and wealth” at anywhere near the rate of white families also affects the racial differences on this issue.

Feagin, who studies racial and gender issues, essentially is making the argument that family resources and intergenerational wealth loom as huge influences on those black and white respondents.

Nevertheless, in the college basketball realm, the family/household wealth analytics game doesn’t fully account for what we will term the “immeasurables,” meaning it can’t be quantified monetarily.

Examine some worthy amenities associated with major-college life for athletes:

Furthermore, for those who maintain NBA aspirations, athletes also receive free branding. Even the one-and-done basketball athletes (witness Duke mega-star/cult hero Zion Williamson) are awarded a chance to showcase their talents through national television appearances and interviews via all multi-media platforms.

Another compelling finding by Morning Consult is that black fans prefer the NBA over college basketball within their race moreso than white fans. The intra-racial findings showed that more black fans favor the NBA at 56 percent to 16 percent black fans who prefer the college game; for whites, the margin was markedly closer, at 44 percent to 26 percent. That’s a startling difference of 40 percentage points to 18.

Len Elmore, attorney, former player, basketball analyst and sports-management professor, speculated as to why, saying: “Who watches the tournament? People who have an association with the major schools — such as Duke,  Kentucky, Virginia — who play in it. The alumni, the students, the staff and so on. NBA teams are part of the cities’ communities; you don’t need college affiliations to support your city’s team.”

And, of course, most of those affiliated with the major schools are white. Also, Historically Black Colleges and Universities have only a nominal presence in the NCAA Tournament. Furthermore, the money component probably is a factor for black fans’ affinity for NBA players, who are compensated handsomely. Most black folk champion black stars/idols/public figures getting paid — and well.

The Morning Consult survey numbers speak volumes about differences along racial lines. Still, making cents and sense of the paying/not paying debate isn’t as simple as making the Final Four.