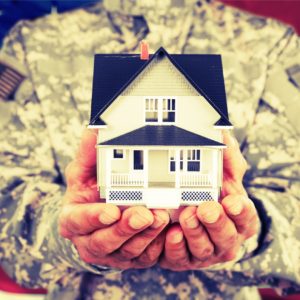 A Mortgage Company Where Careers Are Created

Before her first day at work at her first job out of college, 22-year-old Belle Matthews googled “professional dress.”

Her search resulted in pant suits and other classic women’s wear for the office. She dressed in what she thought would be appropriate and pulled a colleague aside later that day who suggested adding some blazers to her wardrobe. The co-worker, herself just 25 years old, also directed Matthews to specific stores where she could find trendy yet business-formal clothing.

Now two months into her job as a purchasing agent for NewDay USA, Matthews has the company’s dress code down pat. While their peers slouch through their days in hoodies, jeans and t-shirts, Matthews and her colleagues sport stylish suits and ties for the men, and slacks, skirts, dresses, sweaters and blazers for the women. Shoes are polished. Socks are colorful, as is the occasional pocket square.

“It’s definitely different,” said Sean Reynolds, 43, senior vice president of NewDay University, the company’s in-house training academy. “I think they appreciate the discipline that comes with needing to ‘suit up’ every day.”

NewDay USA, a mortgage company that services only Veterans Administration home loans, hires its workforce right out of college. Of the 37 young men and women who started working there in late July, 36 were entering their first professional job. All but one had zero interest in the mortgage industry before being recruited.

Victoria Johnson majored in management and considered international business as a career before a NewDay recruiter contacted her through LinkedIn. She toured the company’s headquarters in southern Howard County, MD, and learned about their core values.

“I thought, it doesn’t matter what industry I’m in,” Johnson, 21, said during a lunch break on her fourth day. “What matters is the culture. I’m already seeing the support and how I’m being set up for success.”

The company has specific criteria for its recruits: GPAs of 3.0 or above; active in clubs, social or service organizations; student leaders and athletes; and those who held jobs during college such as waiting tables or working in retail. They look for students who stand out from the crowd – and put them in a room with all the other stand-outs for three weeks, immersed in the vast amount of knowledge they will need to pass a federally required test to be licensed as a Mortgage Loan Originator.

The mortgage industry is one of the most heavily regulated in the country. In the wake of the housing crisis, Congress created the SAFE Act – Secure and Fair Enforcement for mortgage licensing in 2008. Anyone who wants to be a mortgage broker must pass an extensive exam. For many potential loan originators, that means cramming into a hotel conference room for a few days for classes offered by third-party companies and instructors. Applicants are responsible for paying their own way, including testing and license fees.

The company created NewDay University to teach the material in-house with their own instructors, their own textbook, and their own classes. They hire about 200 people per year, breaking that up into monthly cohorts of no more than 50 people per class. The average age of new hires is 23.

On their first day, new employees – who were offered positions after a selection process of three to five phone and in-person interviews, a company tour, a chance to shadow someone in their potential job, and sit-downs with multiple employees – are introduced to the company’s values and expectations in a high-tech training room that mimics any college classroom with long tables and desktop computers. They are given a 400-page textbook and a thick binder with activities and more information, all of which they will be required to know to pass their license exam and perform their job.

The class is broken into small teams that select a captain, a team name, and go through an exercise to determine each person’s goals, which are written onto poster-size paper and hung on the walls. Sports terms abound. The Dream Team, The G.O.A.T.S and the Steelers. Sports and military pennants also decorate the walls, along with sheets of paper listing company and class expectations. Company expectations include being on time, listening, being engaged; class expectations for their instructors include being accessible, enthusiastic, and patient. The class also wants to be held to high expectations.

That is exactly the environment the company wants to create.

Federal law requires that anyone sitting for the license exam undergo 20 hours of instruction. Entry-level employees at most mortgage companies will earn a low salary and may have to pay back the cost of their license if the company fronts it. At NewDay, employees begin earning $60,000 a year on their first day. The company picks up the cost for all educational materials and exams.

“The investment of the company is a big separator,” Reynolds said. “How else do you attract that level of talent we want to cultivate?”

Michael “Mo” Oursler started at NewDay USA right out of college. He’s been with the company for six years. He’s 28 years old and is a vice president. He’s worked hard to reach that position. Two years into his job, he partnered with Reynolds – a 15-year employee – on a project. He’s also designed an Accelerated Underwriting Program, which was the first of its kind to be approved by the U.S. Department of Veteran Affairs.When he earned his first promotion, he thanked his supervisor.

“But he said, ‘I didn’t do anything. I just highlighted what you were doing,’” Oursler recalled. “The reason it works here to promote too early is that they would rather give someone the chance to prove themselves. They over-support after a promotion to make sure you succeed.”

A Generation Interested In More Than Just A Paycheck

The Millennial generation gets knocked around for being high maintenance. Social media is rife with memes about the “participation trophy” generation. More so than older generations, though, millennials want to feel a connection to their work instead of just earning a paycheck.

Born between 1981 and 1996, millennials represent 35 percent of the country’s labor force, according to U.S. Census data. A 2015 study cited by Millennial Marketing shows that 53 percent of hiring managers reported difficulty finding and retaining young employees. Sixty-five percent of millennials reported that personal development is the most influential factor in whether they remain at a job. They are looking for a company that invests in them.

“At other companies, they don’t invest in you until you’ve been there for a while,” said Brandon Laverne, 21, two months in his position at NewDay USA as an account executive. “Here, they mentor me and push me every day. If you prove yourself, you’re going to get that promotion.”

Oursler said that several of his college friends are still in entry-level jobs where their only chance for a promotion is waiting for someone above them to retire.

NewDay USA has taken the discipline, leadership and team-building aspects of the military and successfully translated that into corporate culture. Employees laugh about how much they look forward to coming to work, performing a job that requires extensive study and long stretches of time on the phone. They speak about their colleagues as trusted friends who become more like family.

“No one’s working for themselves here,” said Connor Buckley, 22, who interned for the company last year and is now making his way through the initial training. “We’re all helping each other out. I was skeptical about how much fun mortgages could be. It’s dry material, but they make an effort to engage and provide a social environment.”

The company once took 100 interns to Arizona to watch the Final Four. They’ve treated everyone to Opening Day at Camden Yards in Baltimore. They host regular happy hours.

Serving Those Who Served And Sacrificed

Once employees are licensed under the SAFE Act, they move into a second training phase, which focuses on soft skills such as talking on the phone and understanding how to work with servicemembers and veterans. While some employees may have family members who served, most have no military connection. Understanding their customers is among the company’s biggest priorities.

One of the motivational speakers the company regularly brings in is retired Navy Capt. Charlie Plumb, who spent five years and nine months as a POW in the infamous Hanoi Hilton in Vietnam. Bracelets engraved with a service member’s name and the date of disappearance meant to be worn until that person comes home has been a traditional way to remember POWs and those who are Missing In Action. One of Plumb’s bracelets sits on a Missing Man table, another striking reminder of the sacrifice that those in the military make, prominently displayed in the company’s headquarters. Nearby is a book on a simple, wooden podium with the names of Maryland’s Fallen Heroes beginning with Operation Desert Storm.

The company organizes service events to clean veteran memorials in Washington, DC. They also took a large group to Arlington National Cemetery to pick up the wreaths that are placed at each gravesite by Wreaths Across America in December of each year. After that work was done, Buckley said that everyone stayed for a two-hour tour of the cemetery.

Those activities also help employees develop an understanding for a veteran’s financial situation.

“We’re realistic,” said Reynolds, who is affectionately called “Poppa Reynolds” by the young people he mentors. “These are people in their mid-20s who’ve never been in the service. They’re never talked to a veteran who’s experienced things they will never experience. We set expectations for what they need to be aware of.”

Through those expectations, the millennials who are looking for a company that provides more than just a nice paycheck are finding a career, which is different from their peers.

Account Executive Rose Bennett said she immediately got a sense of job security from her first day on the job. She also appreciates that promotions will be based on her work, and not dependent on office politics.

During her job search, she was told by other recruiters that she should have pursued a different major. At NewDay USA, a senior vice president complimented her on waitressing through college.

“There’s a feeling that I can be the person I’m used to being,” 23-year-old Bennett said. “I can come here and evolve.”