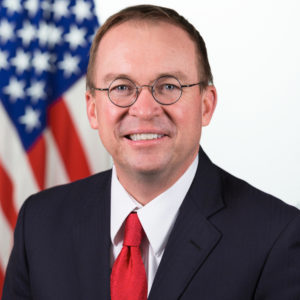 Mulvaney’s Tenure at CFPB Surprises Even This Obama Democrat

A mere decade ago, the United States was facing a seemingly insurmountable financial crisis and recession unlike anything seen before in modern time. Under the Bush administration, deregulation and out of control lending pushed the American economy to the brink of collapse. In response, citizens across this nation, myself included, rose up and dedicated their time and money to help elect President Barack Obama in 2008.

Working as a field organizer with Obama for America, I knew just how much was at stake in that election. And without President Obama’s strong leadership, I don’t know how we could have survived those trying economic times.

One of the key pieces of legislation that Congress passed during President Obama’s first term was the the Dodd-Frank Wall Street Reform and Consumer Protection Act, a bill spearheaded by Senators Chris Dodd and Barney Frank to better regulate our financial markets, put America back on track, and remedy the main failures of the previous administration.

As a part of this effort, the bill also created a new federal agency, the Consumer Financial Protection Bureau, with the intent of protecting American consumers against an array of bad actors in the financial services and lending industries, including payday and predatory lenders and beyond. Since its establishment in 2010, the CFPB has, generally speaking, done just that. Things seemed to be going well, and then the 2016 election hit.

Like most of us heavily invested in the 2016 election, I was worried about the future of President Obama’s legacy. President-elect Trump expressed interest in dismantling nearly every major policy win of the previous Administration. Most of all, however, I thought back to that period in the late 2000s when Americans feared if their economic outlook would ever be positive again. What would happen to the safeguards we put in place to try and avoid another economic meltdown?

When it came to the CFPB, Trump installed former Congressman Mick Mulvaney to take over as Acting Director. The initial reaction was bombastic, with pundits and politicians fearing the worst about what Mulvaney would do at the CFPB. At its peak, there were those who wondered whether the agency would even exist in a series of months.

What happened was surprising… Mulvaney put his head down and started to work. In the spirit of the agency’s founding principles, he took a careful look at each case that came across his desk and made fair judgments about who should be held responsible out of the previous administration’s backlog. If you were a proven troublemaker like Wells Fargo, you were slapped with a not insignificant fine. But if you deserved leniency, as was the case with the agency’s investigation into Zillow, your investigation was wound down and you were let off the hook.

While, yes, there are those of us who wish we still had a progressive-minded leader in charge, I have to give Mick Mulvaney credit where credit is due for keeping his eye on the ball and doing right by the original intent of his agency. Mulvaney’s time as Acting Director of the agency is likely coming to an end in the months ahead, but I hope his successor will share this vision and continue to stand up for American consumers and businesses. This will only benefit those whose economic outlook is continuing to look up since that dark period a decade ago.

Brendan Flanagan is a Democratic consultant and a veteran of Obama for America.