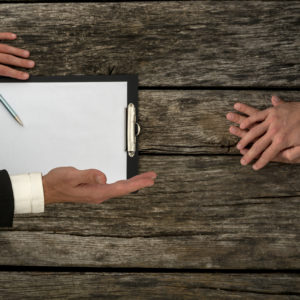 Negotiation Lessons from the NextEra-Oncor Acquisition

Ari Emanuel, one of Hollywood’s top deal makers, has said: “I have never cared what something costs; I care what it’s worth.” It’s an essential lesson for business and political leaders who need to understand the value they’re gaining from a negotiation.

Complex deal making in business and politics typically plays out behind closed doors, but there’s an intriguing case study taking place very publicly this week as one of the country’s largest energy companies appears set to lose billions of dollars rather than find a compromise in an acquisition bid.

NextEra Energy, a Fortune 200 company based in Florida, has been working to acquire Oncor, which transmits power to 3.4 million Texans. Oncor is owned by Energy Future Holdings, which filed for bankruptcy in 2014. The deal, valued at over $18 billion, had appeared to be moving forward, except it still needs to win the approval of Texas regulators. That’s where NextEra may have trouble.

The Texas Public Utility Commission has to approve the sale of Oncor, and commissioners are charged with evaluating the deal based on whether there is net harm to ratepayers. The PUC already halted a separate bid for Oncor because of a lack of benefit to consumers. Commissioners have indicated the NextEra acquisition is likely to be stopped by a vote on Thursday.

NextEra expects substantial cost savings, but very little of that savings will be passed on to consumers. This has ratepayer coalitions concerned, and the PUC is likely to look to those groups for guidance on whether to approve the deal. While ratepayer coalitions are asking for benefits of around $600-850 million, sources knowledgeable of NextEra’s counteroffer say it was nothing short of an insult.

Adding to the negatives the PUC must consider, NextEra is insisting it should have control over Oncor’s board. This is a concern for the PUC because a ring fence around Oncor is what has protected it from upheaval at its current parent.

What makes this negotiation so perplexing is that NextEra expects to gain $2-4 billion in value from the transaction. But NextEra has seemed unwilling to make many of the concessions that could lead to it winning approval. While the company may not want to give ratepayers the $850 million being asked, it could increase its counteroffer and still make a substantial return.

In other words, NextEra appears on track to sacrifice billions because it doesn’t want to concede a few hundred million dollars to Texas energy consumers.

Even worse for NextEra, the company has had three other failed acquisitions in recent years. Another failed deal could effectively end further acquisition opportunities as deal partners may steer clear.

Students of negotiation strategy learn about the concept of Pareto optimality. When one party can’t make any more gains without the other side incurring losses, it’s said to be Pareto optimal. One side may think it needs to strong arm others to get the most out of the negotiation, but when those demands are costly to others, that hardline negotiator could kill a valuable deal by wanting to take the whole pie for himself. Sometimes it’s better to take a small piece from a very large pie.

The NextEra-Oncor deal may actually prove a surprising example where one side would rather lose vast sums of money than make small concessions to consumers.