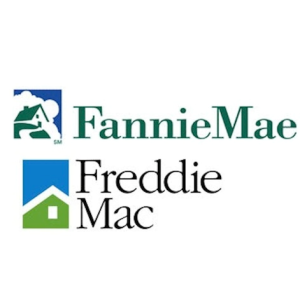 There’s an important update on an issue InsideSources has closely followed—the controversial Third Amendment or “Sweep Amendment” that allows the U.S. Treasury to indefinitely seize profits from Fannie Mae and Freddie Mac shareholders—despite the companies having fully paid all debts agreed to for their 2008 bailout.

InsideSources previously reported on the Sweep Amendment and noted the cozy ties between former Administration officials, authors of the Amendment, and the Big Banks, which are seeking control over the mortgage market through new legislation.

New documents have now surfaced in the discovery phase of the lawsuit brought by Fannie and Freddie shareholders. The documents reveal a recapitalization plan presented by Blackstone, which shows Treasury was aware of the positive value of Fannie and Freddie shares. Treasury then re-appropriated this value from the shareholders. Seeking Alpha reports:

The document proves that the experts believed the companies could be saved and it documents that Treasury was informed. This gives even more reason to support a shareholder’s assertion that these companies had value. Any value at all is more than none. The Treasury’s 3rd Amendment to the PSPA was designed to eliminate that value, whatever it may be.

Blackstone’s presentation includes the acknowledgement that the “GSEs are showing improved financial performance and stabilized loss reserves.” As time passed, it appears that Treasury came to acknowledge these assertions as facts, publicly. And suddenly, they took steps to eliminate shareholders and keep all profits for taxpayers. The final blow was leveled with the 3rd Amendment to the PSPA in August 2012.

As NYU law professor Richard Epstein wrote on InsideSources earlier this week, the Treasury has essentially rigged the system against the shareholders. Even the conservator of Fannie and Freddie, Mel Watt, the Director of the Federal Housing Financial Agency (FHFA), who has a fiduciary responsibility to the shareholders, has been actively working against them:

By statutory design, [Watt’s] interest in dealing with these corporations is supposed to be adverse to Treasury.  The basic theory here is that the FHFA director protects the private shareholders just as Treasury protects the taxpayers.  If each of the two parties discharges its respective fiduciary duties, there is good reason to believe that the transaction in question is fair to both parties to it.

It follows therefore that Mr. Watt only compounds that error when he claims that “there would be no Fannie and Freddie but for the taxpayers.”  That point would be relevant if the current lawsuits over the cash received by Fannie and Freddie were about the initial decision of FHFA to bail the companies out. But of all people, Mr. Watt ought to know that this is water over the dam.  As Mr. Watt points out, the only question on the table now is whether the United States Treasury will honor the terms of the Preferred Stock Purchase Agreement of 2008, which called for the $188 billion in advances to carry with it 10 percent interest if paid promptly and 12 percent interest if deferred.  Once again, Mr. Watt forgets whom he is working for, and a fiduciary who does not know who the beneficiaries are is not worthy of staying in office.

Seeking Alpha’s report is an important read, and the report concludes that with new evidence becoming public, it’s “more likely that shareholders will have their contractual rights returned.”