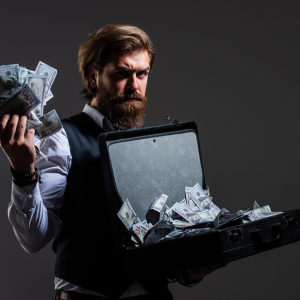 In its rush to respond to the pandemic, the federal government has put fairness and transparency on the back burner.

Lawmakers evidently haven’t learned their lesson from previous recessions, when relief programs morphed into payouts for the rich and politically connected.  Lawmakers should end this regressive redistribution and provide a hand up to families and businesses that genuinely need help.

While efforts such as the Paycheck Protection Program have assisted plenty of mom-and-pop shops, disbursements to the wealthy have hobbled the program’s progress. Like stimulus bills of the past, the original purpose of relief programs has been hijacked by well-heeled individuals and companies looking to pad their pockets.

The Robert de Niros and Kanye Wests of the world hardly need taxpayer dollars, yet these celebrities have benefitted handsomely from PPP. In an astounding conflict of interest, at least nine lawmakers benefitted from the loan program for which they voted.

In addition, dozens of publicly traded companies and organizations with deep pockets ran away with taxpayer dollars.

After it became clear that numerous large entities took advantage of the system, a public-shaming campaign of organizations (like the Los Angeles Lakers) has yielded more than $30 billion in returned or canceled payments. But this effort is only the tip of the iceberg.

Billions of dollars in fraud will require the government to spend millions more in legal fees to crack down on the misuse of funding. Even more taxpayer dollars will have to be spent to pursue the $1.4 billion that went to deceased citizens.

Unfortunately, the problem of waste and corporate welfare during this pandemic is not just an issue on the federal level. Across the country, there have been several state-led initiatives that have enriched the wealthy at the expensive of everyone else.

Yet none are quite as egregious as the recent Tesla deal in Texas. The same day that Texas COVID deaths hit a record high, local officials gave Elon Musk — who watched his personal wealth grow by more than $2 billion last week — a $60 million tax subsidy to open a new car plant near Austin.

The bureaucrats on the ground claimed they provided this “significant” handout to help spur economic growth.  However, as with all relief funding, these types of deals rarely work out as planned.

Just a few years ago, New York State gave Musk nearly $1 billion under a similar arrangement. The deal has been widely criticized and the terms were quietly changed in Tesla’s favor. The plant has failed to achieve its promised jobs numbers and the community is less than satisfied with its return.

A recent review by MIT called the entire deal a “flop” and auditors recently announced the factory has lost 92 percent of its value since completion.

For students of history and economics, it’s not hard to believe that central planning would fail. Government stimulus programs have a poor track-record, whether originated at the federal, state or local level.

Many of these endeavors succeed only in taking taxpayer money out of the Treasury and stuffing these dollars into the pockets of the wealthy. Despite the evident short-sightedness, reckless, regressive COVID spending may get worse before it gets better.

Although some members of Congress have voiced their concerns with ballooning spending and unchecked programs, it seems likely that another multi-trillion-dollar relief bill will be passed. While the details of this new spending will be hashed out and debated over the coming weeks, corporate welfare is all-but-certain to once again rear its ugly head.

Lawmakers must learn from the past and reject these misguided measures. Any further relief spending must go to businesses and individuals that actually need the help, not billionaires rattling an empty tin cup. And, Congress should be wary of writing blank checks to states for bailing out billionaires.

With stringent oversight and stipulations attached to state aid, policymakers can keep future spending transparent and properly targeted. Millions of lives and livelihoods depend on it.