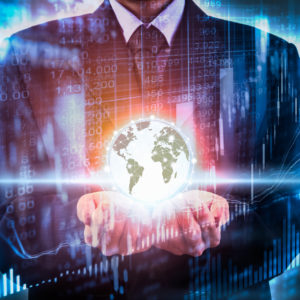 For more than a half century, the president of the United States has issued a ritualistic proclamation setting aside a full week to celebrate America’s small business owners. This year, National Small Business Week runs from April 29 to May 5. Fine.

But if President Trump wants to demonstrate that he thinks and acts outside the box, then he should also issue a second proclamation establishing the following week as National Big Business Week.

I can already hear howls of protest at the mere suggestion of such an idea. Small businesses are the “backbone of the economy,” aren’t they? They are responsible for an overwhelming share of the country’s job creation and innovation, right? And big, fat corporations with their hordes of Gucci-wearing lobbyists already get all manner of special perks and favors from government! Why in God’s name have a special week for Big Business?

The surprising truth, as Michael Lind and I point out in our new book “Big is Beautiful: Debunking the Myth of Small Business,” is that large businesses are the real engines of the American economy. On virtually every indicator of economic and social performance, including productivity, exports, wages, worker benefits and safety, workforce diversity, unionization, environmental protection, tax compliance, and business social responsibility, the average big firm outperforms the average small firm.

Even on job creation, the metric on which small business supposedly shines, big firms do better. Sure, small firms create a lot of jobs, but they also destroy a lot of jobs because many small businesses fail in their first five years. As economist Ryan Decker and co-authors found, when you consider continuing firms (that is, firms of any age, leaving out those that start and then die), firms with more than 500 employees created more jobs from 1992 to 2005 than did firms overall.

OK, you might say, big firms are important — but why do we really need a Big Business Week? These big corporations can take care of themselves, can’t they? The answer is simple: Public opinion and public policy have gotten dangerously skewed, to the point where the very term “big” is now an epithet to be applied to any industry the labeler doesn’t like (e.g., “big oil,” “big food,” “big tech” and even “big chicken”). In 2016 Gallup found that, while 68 percent of Americans have confidence in small business, only 18 percent felt that way about big business.

This bias has played out over decades in the halls of Congress and government agencies, as lawmakers and regulators have conferred a slew of valuable benefits and exemptions on small firms for no other reason than the fact that they are small.

As a result, firms with fewer than 11 employees are exempt from most workplace safety requirements. The Family and Medical Leave Act does not apply to small firms. Most shocking of all, many civil rights laws contain exemptions for small firms. For example, a firm with fewer than 20 employees can legally discriminate against workers based on age; if it has fewer than 15 employees, it can discriminate against qualified individuals with disabilities.

The tax code is also stacked in favor of small firms. Profits from publicly traded companies (most of which are large) are typically taxed twice — once at the corporate level and again when shareholders accrue capital gains or dividends. In contrast, pass-through firms (such as sole proprietorships, partnerships or LLCs) — the lion’s share of which are small — are taxed only once, on the owners’ incomes. In addition, many specific tax incentives, such as bonus depreciation, either apply only to small firms or are more generous for small firms.

To give small businesses an additional leg up, federal agencies are required to buy goods and services from them even when their prices are higher. Federal agencies also subsidize specific types of small firms. For example, the SBA in 2016 provided loans worth $105 million for car dealers, $118 million for residential building construction, $312 million for liquor stores, $742 million for gas stations, and $760 million for dentists.

When one class of business gets its own presidentially designated week on the calendar, it suggests they truly need and deserve special treatment. But the reality is that this small-business cronyism leads to lower wages, higher prices and higher taxes than we would have if governments adopted a size-neutral approach. So, if we are going to continue the tradition of National Small Business Week, then please, President Trump, can we also have National Big Business Week?