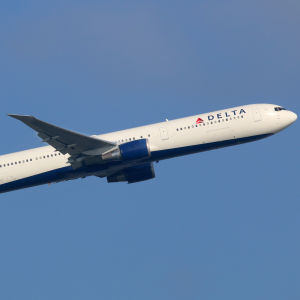 Delta Airlines is one of the Ex-Im Bank's most vocal opponents, while Boeing is its biggest beneficiary.
[IS] Opinions

Opinion: Ex-Im Is Expired; Now What?

As June turned to July, the Export-Import Bank’s charter expired. Congress refused to reauthorize it for the first time since the bank’s founding in 1934. Rarely does a federal agency shut its doors — the Civil Aeronautics Board closed in 1985, and the Interstate Commerce Commission followed suit in 1995, but that’s about it. Twenty years later, will Ex-Im add its name to this short list? What will happen then? Should the agency be revived?

The short answers are that nobody knows if it will actually close, not much will happen in the short run either way, and the agency should not be revived.

Called Ex-Im for short, the agency guarantees loans to foreign businesses that buy products from U.S. companies. Ex-Im did about $27 billion worth of business last year and has a total portfolio of nearly $140 billion in multi-year taxpayer-guaranteed loans. But without a congressional vote to reauthorize its charter, Ex-Im will eventually cease to exist — though not for a while.

Even with an expired charter, Ex-Im’s employees will still come into work every day. They will continue to administer Ex-Im’s existing lending projects. They will also consider applications for new financing projects, though they won’t be able to act on them. In fact, since Ex-Im’s longest-lasting financial product has an 18-year lifespan, it could potentially remain alive in one form or another until 2033, even if it is never reauthorized.

What about Ex-Im’s revival? That would require a congressional vote, so Ex-Im opponents’ best bet is for Congress to do nothing. While the political tea leaves are difficult to read at this point, one thing is certain: Any stand-alone bill to revive Ex-Im would struggle to even make it out of committee.

That means Ex-Im’s backers will dodge the matter by folding any Ex-Im reauthorization into some larger, must-pass bill. This could include almost any of the 13 appropriations bills Congress must pass each year to keep the federal government running.

If the negotiations for those bills break down, as they often do, Ex-Im reauthorization could become part of a Continuing Resolution bill, or some kind of omnibus bill that folds together all the year’s unpassed, must-pass bills. Only time will tell. But such recurring congressional dysfunction and legislative quick fixes make parochial projects like Ex-Im more likely to endure.

Ex-Im’s long-term fate is unclear, but the case for closing it is crystal clear. Here are a few reasons: (See plenty more here and here).

Corruption is the most obvious. An Ex-Im-related bribery scandal played a role in unseating former Rep. William Jefferson, D-La., who was caught hiding $90,000 of illicit cash in his freezer. Johnny Gutierrez, a now-former Ex-Im employee, recently pleaded guilty to accepting more than $78,000 in bribes from a Florida-based company seeking Ex-Im financing. A recent Heritage Foundation analysis found at least 74 potential cases of fraud at Ex-Im since 2009. At least 30 corruption cases are open right now. All this at an agency with only 400 employees.

Ex-Im also works to the detriment of American businesses. Every time it helps Boeing sell jets to foreign airlines — the bulk of Ex-Im’s business — it hurts a U.S. airline. By saving Air India $20 million for every Boeing plane it purchased, Ex-Im’s actions actually helped keep U.S.-based Delta out of India’s billion-person market, directly eliminating as many as 1,000 jobs. What Ex-Im giveth with one hand, it taketh away with the other.

Finally, Ex-Im defenders claim the bank effectively offsets foreign governments’ subsidy programs for their industries. This “but they do it, too” argument is as weak in international economics as it is on the kindergarten playground. China, India and other countries with their own export-aid banks all redirect precious funding toward businesses with political connections, while denying that capital to deserving entrepreneurs and startups. By doing so, they hurt their own economies. The U.S. government has no good reason to copy other governments’ mistakes.

In fact, it has an obligation to avoid those mistakes. And now is the best opportunity in years to make it happen. Better, Congress doesn’t even have to do anything. Ex-Im’s charter has already expired. But the war will not be won until Ex-Im’s 80-year record of corruption and cronyism finally comes to a conclusive end.

May principle defeat politics, for once.