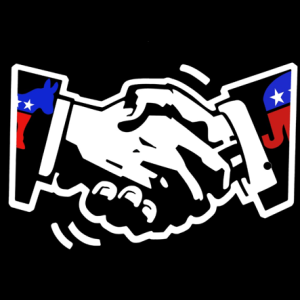 Opinion: Time to Get Bipartisan about the Debt

Before 2015 is over Congress will have raised the debt ceiling yet another time. It will not be the last time. In President Obama’s budget for fiscal year 2016, the White House foresees deficits every year for the next decade. The Republican majority in Congress also presented a 2016 budget with deficits, though not as dramatic.

The fact that there seems to be no end to government deficits has once again ignited a debate over a balanced-budget amendment. Proponents, pointing to the Greek and Puerto Rican debt crises, explain that we are heading into the same troubled waters unless we do something drastic. A balanced-budget amendment would, they say, solve the problem with one stroke of the pen.

Opponents, on the other hand, say that a balanced-budget amendment will leave Congress with only one way to respond to a recession, namely drastic spending cuts that will make a recession much worse.

Both sides are ready for battle. On the one hand, Republicans have introduced a resolution in Congress, H.Con.Res.26, that proposes yet another version of a balanced-budget amendment. Several Republican presidential candidates have voiced strong support for an amendment.

On the other hand, not one of the four Democratic presidential candidates – Hillary Clinton, Martin O’Malley, Bernie Sanders and Jim Webb – is interested in amending the Constitution to balance the budget.

With the federal debt rising to become one of the hottest issues in the 2016 election cycle, this partisan division does not bode well for the nation’s economic future. Rather than digging deeper trenches, leaders on both sides should find common ground and build a platform for America’s fiscal future.

Finding that common ground is easier than one might think from listening to both sides of the issue. A good start is to recognize the simple fact that both sides have good arguments and valid points to bring to the table.

Proponents of a balanced-budget amendment are correct in sounding the alarm over the size of the debt. In 2015 debt interest payments will reach $455 billon. Interest revenue from trust funds and other on- and off-budget sources are sometimes counted against that number, but that is bad book-keeping. For example, Social Security trust fund interest rate should only be used for Social Security and not to reduce the cost of the federal debt.

This is the Greek experience. Austerity designed to balance the budget annually actually sent the Greek economy into a deep depression. One quarter of Greece’s GDP was lost in the process.

How, then, can the two sides find common ground? A first step is to move focus from the budget deficit to the debt itself. The way to rein in the debt without prohibiting deficit spending in recessions is to make it much more difficult to raise the debt ceiling.

There are different ways to do this. The most recent example, proposed by the Compact for America Educational Foundation, is to let states become co-signers on the federal debt. This model, endorsed in H.Con.Res.26, would require approval of a majority of the states before Congress can raise the debt ceiling.

Again, the Compact for America amendment is just one example of how today’s soft debt ceiling can become a hard debt cap. The main point is that a realistic debt cap allows Congress to deficit-spend in recessions. So long as the actual debt is less than the debt cap the federal government has room to deficit spend in recessions. When the economy gets back on track again, Congress can pay off what they borrowed during the recession and be ready for the next downturn.

The debt is a formidable challenge and a complex problem. A solution will require thoughtful debate and careful analysis. But most of all, it will require bipartisanship and dedication from our elected officials, current as well as future. If we can summon that bipartisanship, we can be proud of the country that we hand over to coming generations.