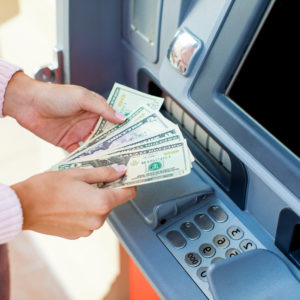 Overdraft Usage a Safety Net for Millions of Americans

Too often, well-intentioned legislation backfires and hurts the people it intends to help. The case of overdraft fees provides a timely case-in-point, as Sens. Corey Booker of New Jersey and Sherrod Brown of Ohio continue their crusade to ban charges (overdraft fees) on negative balances by banks.

Their proposed Stop Overdraft Profiteering Act of 2018 would ban overdraft fees on ATMs and one-time debit transactions completely and strictly limit fees on checks and recurring payments to six times per year. To the senators, sharply curtailing overdraft fees shifts the pendulum of power from large banks to ordinary consumers hit by “surprise” charges.

A closer look at the issue, though, reveals that millions of struggling consumers rely on overdraft protection to borrow money at low rates. Before pressing their peers for support, Booker and Brown ought to consider their bill’s unintended consequence on America’s most desperate borrowers.

To some, triggering overdraft protection is a minor mistake realized days after buying a coffee or a sandwich. And, compared to the cost of a single food item, an overdraft charge seems exorbitant. Most banks have flat, fixed overdraft fees, which average $35 according to Pew Charitable Trusts. But because the fee doesn’t increase even as the amount debited increases, overdraft protection lets consumers “borrow” large amounts of money over a short period of time for a very low price.

Consider that, for paying rents, mortgages or large hospital bills, using a credit card typically requires paying a 2.5 percent to 3 percent transaction fee. Thus, for any upfront expense of $1,500 or greater, short-term borrowing via overdraft protection is actually cheaper than paying with a credit card. This back-of-the-envelope calculation doesn’t take into account consumers’ credit scores, which can of course be impacted if card debts aren’t paid off in a timely manner. Consumers borrowing with overdraft protection needn’t worry about credit scores, which only become an issue if the overdraft charges go to collections.

But for desperate consumers comparing options, credit cards are often off the table. According to a 2017 analysis by Pew, a majority of consumers using overdraft protection didn’t have access to a credit card. Unlike debit accounts, credit card applicants must pass background checks on financial history — a process that may not bode well for low-income consumers. Overdraft use, then, is an underrated lifeline for poorer Americans looking to pay large expenses in between paychecks.

That’s not to say, though, that overdraft opponents are completely misguided. According to Pew, nearly 70 percent of overdraft consumers would rather have had a declined transaction than an accepted one with a $35 fee. Around half of overdrafters don’t recall opting in to the service, underscoring the need for more transparency from banks and credit unions.

Despite these figures, many surveyed overdraft consumers believe that the service is useful to individuals in dire straits. More than 40 percent of overdrafters believed that the system mainly helps individuals similar to themselves, as opposed to exploiting them. These figures show a two-tiered system of individuals helped and hindered by these policies. Many consumers have an irksome experience, where they opt-into overdraft coverage by mistake and foot the bill for small, unwanted expenses.

But a sizable minority rely on overdraft coverage as a stopgap against financial ruin, borrowing large sums of money when other options have run out. The sensible solution, then, is greater transparency via more information supplied to consumers. This is already starting to take place, with the advent of easy-to-access information on which banks have the best and worst overdraft practices.

Proposed legislation banning the practice wholesale would disadvantage millions of Americans using overdraft protection as a safety net against sky-high bills. Surely lawmakers can push for more transparency without ending options for these vulnerable consumers.