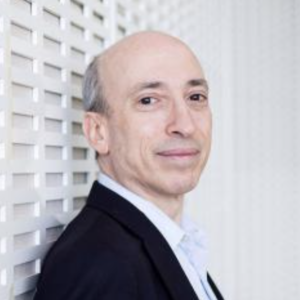 President Biden nominated Gary Gensler as new chair of the Securities Exchange Commission (SEC); a move largely supported by progressives due to Gensler’s historically tough stance regulating the finance industry.  If confirmed by the Senate, Gensler will give the five-person commission a 3-2 Democratic majority.

Prior to Gensler’s career in public service, he was a partner and co-head of finance at Goldman Sachs. Because of his experience on both sides of the table, Gensler is regarded as a confident and uniquely knowledgeable regulator, whose track record as chair of the Commodities Futures Trading Commission (CFTC) under President Obama earned him a reputation for being a tough “watch dog”.

Gensler is best known for reforming the $400 trillion financial derivatives market which was at the epicenter of the 2008 financial crisis. While at the CFTC, Gensler also brought charges against five financial institutions for manipulating the London Inter-Bank Offered Rate (LIBOR), resulting in over $1.7 billion in corporate penalties.

Dennis Kelleher, CEO of Better Markets, a prominent financial reform advocacy group, said “Gary is a deeply experienced expert in securities markets. He will be a smart, strategic and bold leader who will return the SEC to the gold standard of investor protection.”

Biden’s choice of Gensler is supported by prominent democrats, including Richard Trumka, the president of the AFL-CIO labor federation, and Senator Elizabeth Warren.  Trumpka tweeted, “We applaud Joe Biden for choosing a man who stands up for public interest against Wall Street excess, is knowledgeable and has shown through his work during the Obama administration that he supports working families.”

Senator Warren showed her support for Gensler’s nomination tweeting, “He is a tenacious regulator who stood up to the industry titans to rein in their risky behavior. He will be an excellent SEC Chair during this economic crisis.”

The Trump administration rolled back some of the provisions of the Frank-Dodd Wall Street Reform enacted by Obama. Gensler, like previous democratic SEC chairmen, is expected to prioritize enforcement.

Gensler is also expected to increase environmental, social and corporate governance disclosure requirements (ESG). Progressives are calling for ESG to include worker and shareholder equity, racial justice and environmental impacts. Reform advocates are also pushing for companies to provide more transparency regarding PAC contributions, of particular interest following the January 6th riot at the Capitol.

Opponents of increased regulation feel the SEC should steer clear of partisan political initiatives. Richard Morrison, of Competitive Enterprise Institute, said: “I urge Mr. Gensler to focus on the Commission’s core mission of protecting investors and facilitating capital formation, not on divisive initiatives like forcing companies to report on whether they’ve supported a laundry list of political causes.”

In addition, the Biden administration is expected to task Gensler with regulating the cryptocurrency market, which is struggling to apply the existing regulatory framework to its business. Gensler is well equipped for the task as he teaches a course on cryptocurrency and blockchain technology at MIT’s Sloan School of Management. Facebook’s digital currency, Libra, is set to launch this year. The People’s Bank of China and the US Federal Reserve both have digital payment projects underway.

Gensler wrote “cryptocurrencies and blockchain technology have already prompted real change and can continue to do so,” and acknowledged “the many policy challenges it raises”.

As a cryptocurrency expert, with both regulatory and Wall Street experience, Gensler is uniquely qualified to bring order to what is increasingly becoming an unruly market, rife with opportunities for the unscrupulous to flourish, while barring institutional and individual retail investors.

In the wake of the GameStop trading frenzy, a date has yet to be set for Gensler’s confirmation hearing. The Senate is currently preoccupied with confirming Biden’s cabinet-level nominations, pushing through virus relief and former president Donald Trump’s impeachment trial. In the meantime, the SEC is temporarily being overseen by Democratic commissioner Allison Herren Lee. Lawmakers are calling for increased scrutiny of market manipulators. Senator Warren said in a statement to CNN about the GameStop incident, “It is time for the SEC to get off their duffs and do their jobs.” Gensler’s first order of business will likely be to focus on the implications of the GameStop trading mania. While zero-fee investing with brokers like Robinhood and Charles Schwab has increased access for retail investors, it has also created a whole new set of risks.