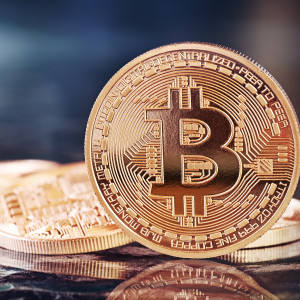 In the murky marketplace of bitcoin, Coinbase has stood out for its seemingly above-board appearance. Among the startup’s investors is the New York Stock Exchange. But while the company touts itself as the “first regulated bitcoin exchange,” regulatory authorities in New York and California, both states where the company operates, say the claim is not true. “The best-funded company in the bitcoin industry appears to be operating without the proper licenses in the world’s financial capital,” reported The New York Times last month.

The complete lack of regulation has prompted concern in some quarters. And that concern may be justified. Consider the fact that Coinbase allows the transfer of money via bitcoin to countries under international sanctions. There are any number of easy-to-find examples of individuals in sanctioned nations who appear to use Coinbase, such as this Iranian shoe store, a programmer in Moscow, or “Bitcoin Russia.”

While some businesses may not fall under sanctions, the service can be used anonymously. For those looking to operate outside the bounds of the law, Coinbase makes it simple to transfer funds to Putin’s cronies or Iran’s mullahs—they just need to set up an account with Coinbase. 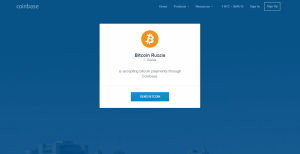 Coinbase allows users in “unsupported” countries to set up accounts. They cannot buy and sell bitcoin, but they can hold and transfer.

If one is looking to thwart the law but is not quite sure where to begin, Coinbase customer service can help. InsideSources chatted online with customer service to inquire whether there should be any concern whether transferring bitcoin to a sanctioned country may be violating the law. Coinbase did not respond directly to that question but advised on how to go about transferring the funds. Customer service stated that while bitcoin cannot be bought or sold via Coinbase in unsupported countries, the recipient in those countries only need transfer the funds to a service that can exchange it.

This InsideSources report comes on the heels of an investigation from the Washington Free Beacon, which broke a story early Tuesday that a Coinbase investor presentation explicitly boasted of the cryptocurrency’s ability to operate outside of international sanctions. The report noted that while Coinbase has publicly embraced regulation, the company is simultaneously pushing the currency’s unregulated nature. Such operation outside the law can be used in drug and sex trafficking, as well as financing of terror.