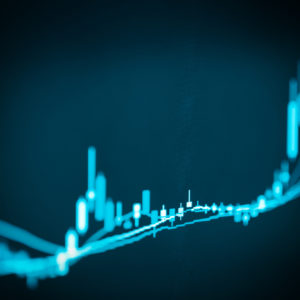 One has to be dismayed about the insularity of U.S. economic policymaking in the age of Trump. This is particularly the case with respect to the emerging market economies, which now account for more than half of the world’s economic output and which have been the main engine of global economic growth.

The financial market spillovers to the rest of the world from the rapidly unfolding Turkish economic crisis, which are now in plain sight, should be forewarning U.S. economic policymakers that they would be continuing to ignore the emerging market economies at their peril.

One instance of U.S. economic policymaking insularity can be found at the Federal Reserve. After years of flooding the emerging market economies with very easy money under its quantitative easing program, the Fed is now proceeding to normalize its monetary policy in total disregard of what effect that normalization might have on those economies.

As if to underline this point, on several occasions this year, Fed Chairman Jerome Powell has blithely insisted that the emerging market economies will easily weather the Fed’s program of gradually raising U.S. interest rates and reducing the size of its bloated balance sheet. He has done so despite the clearest of evidence that the Fed’s policy is once again resulting in a sudden stop in the flow of money to the emerging market economies and is causing the currencies of as important economies as Argentina, Brazil, Russia, Turkey and South Africa to all plummet this year by at least 20 percent.

A more serious example of U.S. policy insularity has been that of President Trump’s ill-advised large unfunded tax cut and of his support for public spending increases at a time that the U.S. economy is at close to full employment.

Never mind that such an irresponsible budget policy is forcing the Fed to be more restrictive than it would otherwise have to be and is thereby pushing the U.S. dollar ever higher. Never mind that this toxic combination of higher U.S. interest rates and a rising dollar is causing an abrupt reversal in capital flows to the emerging market economies.

President Trump’s “America First” trade policy provides yet another example of the United States’ seeming disregard for the emerging market economies. At a time that China, the world’s second largest economy and the world’s main consumer of international commodities, is slowing as it tries to rein in its credit bubble, the Trump administration choses to engage in a trade war with China that is bound to exacerbate the Chinese economic slowdown.

Similarly at a time that Turkey is in the midst of a major currency crisis, the Trump administration choses to impose punitive tariffs on that country’s aluminum and steel exports. By so doing, the administration is breaking with 70 years of U.S. emerging market economic crisis management. Rather than extending Turkey a lifeline to help stabilize its very troubled economy, the administration has opted for kicking the Turkish economy while it is still down.

This would not seem to bode well for future U.S. emerging market crisis management should there indeed be contagion from Turkey. This would be particularly the case if the contagion were to engulf another systemically important economy like Brazil in the run up to its contentious presidential election this October.

On the eve of the 10th anniversary of the Lehman Bros. crisis, one must hope that U.S. policymakers gain the insight to appreciate the real risks that the highly indebted emerging market economies could pose to the United States and global economies. In much the same as in 2008 when a crisis at a small U.S. investment bank managed to destabilize the rest of the global economy, one would think that a major emerging market crisis has the potential to derail the U.S. economic recovery.

It it hoped an appreciation of the risks posed by the emerging market economies to the U.S. economy will make policymakers take those economies into greater account in setting economic policy. However, judging by Trump’s clinging to an American First trade policy and the Federal Reserve’s seeming haste to normalize U.S. monetary policy, I am bracing myself for the U.S. economy to be hit by a major emerging market economic storm well before the November midterm elections.