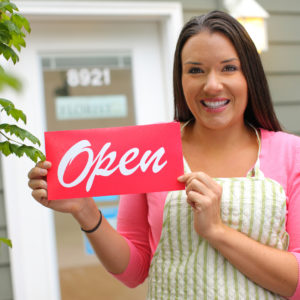 Editor’s Note: For another viewpoint, see Unemployment Benefits Should Depend on the Pandemic

The U.S. economy is slowly getting its groove back as millions of businesses are beginning to call back their employees.

But for the 20 million Americans that continue to receive unemployment benefits, it may actually pay more to stay away from work than to go back to their jobs.

A temporary provision in the Coronavirus Aid, Relief, and Economic Security (CARES) Act states that laid-off Americans are eligible for a new, $600 per week flat federal benefit on top of existing state benefits. Lawmakers such as Rep. Kevin Brady (R-Texas) want to fix this problem by converting a part of these benefits into a “return to work” bonus for recipients re-entering the labor force.

While this would be an improvement over the status-quo, a true fix would tether benefits to previous wages. Millions of Americans can return to work, but only with the right incentives from Uncle Sam.

That hasn’t stopped House Democrats from proposing an eight-month extension of the $600 per week benefit that the Congressional Budget Office estimates would result in unemployment benefits being higher than previous take-home-pay for more than 80 percent of recipients.

And, as a result, the CBO predicts that, “the extension of the additional $600 per week would probably reduce employment in the second half of 2020, and it would reduce employment in calendar year 2021. The effects from reduced incentives to work would be larger than the boost to employment from increased overall demand for goods and services.”

Fortunately, lawmakers are hard at work trying to prevent this situation from playing out. Brady’s Reopening America by Supporting Workers and Businesses Act would let rehired workers keep two weeks’ worth of federal unemployment benefits after taking a job.

This $1,200 “hiring bonus” would expire on July 31, which is also the current end-date of the CARES Act’s $600 weekly benefit. The White House is reportedly looking at this proposal “very carefully,” along with a similar proposal introduced by Sen. Rob Portman (R-Ohio) that would give Americans headed back to work a $450-per-week temporary stipend (in addition to their wages).

Plenty of businesses are still shuttered and hanging by a thread. Owners of businesses such as restaurants and small retail stores can choose to retain their employees for the time being or furlough them.

The $600 per week unemployment benefit makes employers far more likely to proceed with furloughs, since that option will have taxpayers paying workers’ salaries instead of the company footing the bill. That calculus doesn’t change under Brady or Portman’s plans because workers will still be better off temporarily taking unemployment and then nabbing rehiring bonuses a few weeks later.

As is the case now, employers could have a well-compensated, temporarily furloughed workforce without having to pay for the inconvenience.

A far better and more sustainable solution would cap federal unemployment benefits to 100 percent of employees’ previous wages, as proposed by representatives Ken Buck (R-Colo.) and Ted Budd (R-N.C.). Their “Getting Americans Back to Work Act” would make the temporary federal unemployment benefit less attractive than ordinary wages but still sufficient to survive on.

Employers could still choose to furlough their employees, but not without the costs and problems associated with demoralizing their workforce.

Economic evidence suggests that businesses are typically reluctant to cut wages (out of concern for morale) and will dip into savings if need be to maintain current compensation levels.

The Paycheck Protection Program was designed to help maintain worker pay by awarding businesses forgivable loans based on payroll costs. Lawmakers should be encouraging employers to lean on PPP, rather than unloading workers onto the unemployment insurance system that could be extended at the whim of Congress.

Only Buck and Budd’s proposal will accomplish this, and ultimately save taxpayer dollars over the long term.

The economy will continue to limp along for some time, but lawmakers can at least make things easier for workers and struggling businesses by reforming the broken unemployment insurance system.