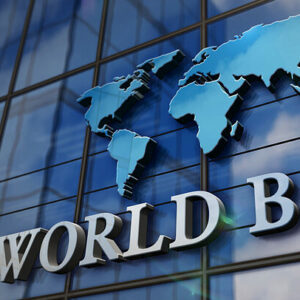 The World Bank recently announced the cancellation of the Doing Business project, one of its flagship research projects, because of accusations of corruption on the part of senior officials.

For the last 16 years, the Doing Business project has been measuring how governments around the world make it incredibly hard to run a business by not enforcing contracts efficiently and fairly, by requiring ridiculous amounts of paperwork to start a business, by imposing costly burdens on employers and employees in labor markets, and much more.

Doing Business was inspired by the pathbreaking work of the Peruvian economist, Hernando De Soto, who demonstrated in the 1980s how weakly defined property rights and onerous regulations in Peru pushed large numbers of farmers and small entrepreneurs to the informal sector where they lacked access to the legal system and capital markets.

No research project has done more to shine a light on these issues and shame governments into enacting market-liberal reforms than Doing Business. I have made extensive use of Doing Business’ numbers in the “Economic Freedom of the World” index that I co-authored for the Fraser Institute in Canada, so this cancellation is a big blow to my own work.

Why the cancellation? It is alleged that the World Bank’s CEO and other senior officials pressured research staff to improve China’s scores at a time when they were soliciting China for an increase in funding for the World Bank’s operations. If true, this is indeed a serious case of corruption, and the parties involved should be sanctioned and processes for stopping this from happening again should be instituted.

Senior leadership had absolutely no business pressuring research staff to massage numbers to help China and any other country (other countries that may have been involved include Chile, Saudi Arabia, United Arab Emirates, and Azerbaijan.) But this is not obviously the biggest case of corruption in the history of corruption.

Despite its success and influence over the years, the Doing Business project has not been without its detractors. The UN’s International Labor Organization (ILO) repeatedly criticized the project’s data on “Employing Workers” that highlighted costly labor market regulations like minimum wages, hours restrictions, mandated severance pay, and the like. The ILO has long championed these types of costly regulations in the name of worker rights.

The pressure from the ILO became so great that the World Bank eventually dropped this area from the main report (though they continued to produce the numbers separately). There is no doubt that most of the career bureaucrats in the economic development policy community, both inside and outside the World Bank, have despised this project from the beginning.

Likewise, national governments have long complained about the report, because it was embarrassing for the world to find out how frankly despotic their regulations could be. One can imagine how the government of Egypt felt in 2004 when the Doing Business report identified 14 required government procedures that would take 42 days and cost the equivalent of an average person’s annual pay just to start a small business!

Could it be that embarrassed governments and ideological opponents of more open, less-regulated markets have used this scandal as an excuse to finally kill off this dreaded “neoliberal” project at the World Bank? Oxfam certainly celebrated the cancellation of the project by declaring, “It’s a welcome move and about time the World Bank scrapped its Doing Business report, a global competitiveness index that encouraged governments to adopt destructive policies that worsen inequality, like slashing labor regulations and corporate taxes.”

As far as I’m concerned, if groups like the ILO and Oxfam are celebrating the cancellation of the Doing Business project as a good idea, it’s almost certainly the case that the cancellation was a bad idea. Whatever shenanigans went on between China and the World Bank’s senior leadership team should be investigated, made public, and those responsible punished appropriately. But shuttering the entire Doing Business project over this minor scandal is a case of throwing the baby out with the bathwater. The real losers in all of this will be the poor people of the world if the cancellation of this project sets back the market-liberal reform process that has and continues to lift up the lives of so many.