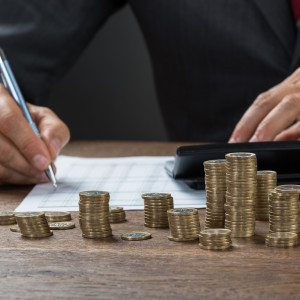 Profits Are What Drive the Economy

The most recent U.S. employment report shows that 211,000 jobs were created in November, extending the current streak of job creation to its 69th month. Among politicians—both those in office and those who wish to be—the number of jobs created has become the most important statistic of the current economic recovery. For example, presidential candidate Donald Trump recently held a forum on job creation and Florida Governor Rick Scott is emphasizing his job-creating prowess at stops across his state. But focusing on jobs distracts us from the most accurate, misunderstood, and sometimes-vilified measure of economic success: profit.

Today the word “profit” is often associated with greed, fraud, and inequality rather than the economic prosperity it represents to employer and employee alike.

Anyone familiar with accounting knows that profit is the difference between total revenue and total cost. But this definition obscures what a profit really is—the creation of value. To generate profit in a competitive market economy, entrepreneurs must take raw materials, energy, equipment, and workers and transform them into things consumers desire—such as hamburgers, jeans, iPads, Uber rides, Chipotle burritos, and Adele albums.

The profit that shows up in a quarterly report is the reward for creating value. Profitable businesses turn less valuable things into more valuable things, like Rumpelstiltskin spinning straw into gold. Greater profits mean that more value was created, which means society is better off.

It’s no surprise that politicians constantly talk about jobs rather than profit. Many of them view businesses as a means to an end, whether that end is protecting favored companies to garner campaign contributions or promising potential voters artificially high wages. So when the public demands jobs, and votes are on the line, politicians make sure businesses get the message.

Business leaders and CEOs also try to one-up each other on job creation. Not long ago, I was a panelist at the Keystone Conference on Business and Policy, where one panel was on the state of manufacturing in Pennsylvania. Panelists discussed how many jobs they’ve created and will create, the size of the manufacturing employment multiplier, and the need for government-subsidized job training. The word profit, however, was never mentioned.

Public perception matters in business, so it makes sense to highlight what people care about. Unfortunately, this reinforces the idea that the purpose of business is to create jobs and provide a living wage. While jobs and the accompanying wages are a function of doing business, they’re not the goal.

Larger, profitable companies usually require more workers, which means more jobs. But jobs are a cost of doing business, not a benefit, and without profits (or a government bailout) those jobs wouldn’t last long.

A company that can cut jobs and produce more output of the same or better quality is more efficient. Employee layoffs are often painful and conflict with the modern job-centric notion of business, but in the long run gains in efficiency mean better and cheaper goods and services. Current public discourse praises the bloated, inefficient, companies of the past like General Motors and criticizes modern, lean, profitable, companies like Apple largely because the former—which needed a government bailout—hired more workers.

Some, like billionaire Jeff Greene, even argue that technology companies are innovating their customer base out of existence, since no jobs means no money to buy all of the gadgets being created. But there is little evidence that such a reality is imminent or inevitable.

Employment statistics do matter. At the national level, employment is an important metric that is usually indicative of broader economic prosperity. But high employment alone doesn’t equate to a healthy economy.

Profits are what drive employment, not the other way around. Profits let business owners and investors know what consumers want, and provide an incentive to produce more of it—often creating or protecting jobs in the process. And if you like government services and non-profit organizations, you should also like profits, since without them there would be far less to tax or donate. Emphasizing profits over jobs is not popular, but ultimately it’s the value that businesses create, not the number of workers they hire, that generates economic prosperity.

Adam Millsap is a research fellow for the State and Local Policy Project with the Mercatus Center at George Mason University.