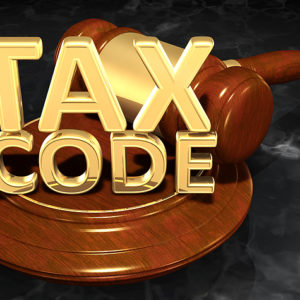 Listen to any progressive wax eloquent on the problems in our country, and invariably you will hear a reference to a tax code “rigged” in favor of the wealthiest Americans.

The truth is, the tax code is complicated, and a complicated tax code is easy to twist to suit certain narratives by ignoring inconvenient context. And ironically, the elements of the tax code that progressives seem most eager to ignore are provisions that they themselves advocated for.

To begin with, there is plenty of potentially abnormal accounting involved in the president’s returns, including possible overvaluations regarding charitable and conservation deductions and $70,000 in deductions for hair care, which make these specific tax returns more anecdotal than symptomatic of the problems of the tax code as a whole.

But even so, largely ignored in the Times’ exposé is the impact of the Alternative Minimum Tax (AMT).

The AMT, which is essentially a second parallel tax code intended to ensnare wealthy Americans who might otherwise have faced low tax bills, kicked in several times in the president’s returns — between 2000 and 2017, the president reportedly paid the AMT seven times for a total of $24.3 million.

In recent years, the AMT has often been a compliance nightmare for taxpayers with incomes between $200,000-500,000 — wealthier taxpayers to be sure, but not the multi-millionaires the AMT was designed for.

And even more fundamentally, the AMT is a ham-fisted response to concerns about low tax liabilities.

After all, the proper response would be to directly address deductions that progressives believe are overly generous, not to set up a separate, parallel income tax system that kicks in when your tax liability isn’t “high enough.”

But in the case of the president’s taxes, it seems to have functioned exactly as AMT advocates intended it to. The resulting $24.3 million in AMT liability cannot truly be considered to be distinct from the president’s income tax liability.

This is hardly the first time progressives have ignored parts of the tax code which run counter to the narrative they’ve set up.

Another example of this came when progressive economists Emmanuel Saez and Gabriel Zucman made headlines by claiming that poorer taxpayers paid a higher effective tax rate than wealthy taxpayers.

Saez and Zucman garnered a great deal of media attention with this claim, but it was demonstrably false. At the federal level, the wealthiest one percent pay an average effective rate of 32 percent, compared to a rate of just 1 percent for the lowest quintile.

State-level taxes are often more regressive, but even factoring these in, the wealthiest one percent pay an average effective rate that is four times higher than what the bottom 20 percent pays.

So how did Saez and Zucman manage to justify their (inaccurate) claim? One major reason is that they entirely ignore a significant element of the tax code: refundable credits, such as the Earned Income Tax Credit (EITC) and the Child Tax Credit (CTC).

The EITC and CTC were introduced in large part to offset other, more regressive parts of the tax code (such as payroll taxes), and ignoring them makes no sense whatsoever. Yet doing so allowed Saez and Zucman to present a skewed picture of the tax code in order to make the case for their proposed wealth tax.

Distorting the truth by ignoring provisions that undermine a narrative does a great disservice to taxpayers and the electorate.

At this point, taxpayers should be on their guard against these sorts of claims in the future.