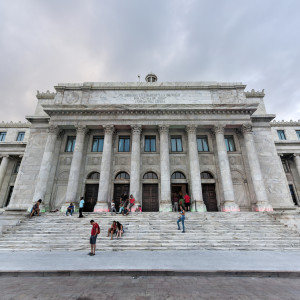 Congress is trying to figure out how to ease Puerto Rico’s fiscal crisis. Most Americans aren’t following this debate. But they should, because whether — and how — Congress intervenes in Puerto Rico will set the stage for how it responds to dozens of U.S. states and cities that are rapidly approaching their own fiscal crises.

However, if Congress intervenes to bail out Puerto Rico, as proposed by the current discussion draft, it could change the way fiscally troubled state and municipal governments regard their debts and their obligation to repay them.

Under the current draft proposal, Puerto Rico would receive an unprecedented stay on litigation, lasting up to 18-months while a fiscal control board is put into place. By locking creditors out of their rights to access the courts, a stay could free up as much as $7 billion in bond payments that would otherwise come due, opening the door for one last spending spree by Puerto Rico’s profligate and corrupt government.

Moreover, with little incentive for the government to negotiate deals with creditors, most would presumably be thrown — unwillingly — into a Super Chapter 9 restructuring process. This would allow Puerto Rico to restructure all its debts — even constitutionally protected ones — in ways that might strip creditors of guarantees and benefit some creditors at the expense of other, less politically favored debtholders.

If Congress gives Puerto Rico such leeway to renege on contracts and avoid its financial obligations, U.S. states and cities would expect no less. This could severely rattle the municipal bond market, changing the value of existing bonds and raising the cost of borrowing for states and localities across the country.

Bankruptcy can’t create new money out of thin air, but it can and does shift money around to the benefit of some creditors and expense of others.

Take Detroit, for example. The city had an estimated $18 billion in debt, $3 billion of which was unfunded pension liabilities. Despite the fact that Detroit’s pensioners were “unsecured creditors,” the bankruptcy judge saw fit to negotiate a deal with current and former city employees for very minor cuts. Other, more senior bondholders — many of them retirees themselves — took a bath, receiving as little as 20 cents on the dollar. Meanwhile, the supposedly “fair and equitable” bankruptcy process kept the city’s art collection — worth as much as $4.6 billion — off limits.

If Congress intervenes in Puerto Rico by imposing a front-end stay on lawsuits and a back-end compulsory and retroactive restructuring process, investors in Illinois, California, New Jersey and other fiscally distressed states will think twice about holding or purchasing bonds for which the terms of contract could be changed or their recourse against nonpayment stripped away.

California tops the charts with the highest total unfunded pension liability of $754 billion (estimated using fair market valuation). Illinois’ unfunded liability is less than half ($332 billion that of California), but its funding ratio of only 22 percent is the worst in the nation. Nine other states have less than 30 percent of the funds necessary to pay their promised pension benefits.

The failures of Puerto Rico’s progressive politics and crony-capitalist framework have been decades in the making and Congress alone cannot turn the island around. Intervening in contracts and taking away creditors’ access to the courts is not the appropriate response for Puerto Rico and it is not a precedent Congress should set for troubled state and local governments across the United States.

Rachel Greszler is a senior policy analyst specializing in economics and entitlements in The Heritage Foundation’s Center for Data Analysis.