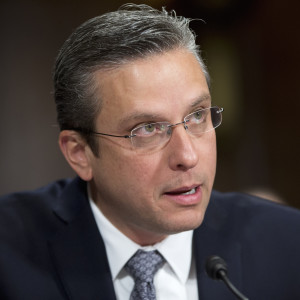 Puerto Rico Seeks Bankruptcy Protection: ‘We Have No Cash’

On the same day that Puerto Rico avoided default by making a critical debt payment, the island’s governor came to Capitol Hill to lobby a skeptical Congress for permission to restructure the U.S. territory’s chronic debt.

But Stephen Spencer, a managing director at Houlihan Lokey Inc., told the bipartisan congressional panel that extending Chapter 9 bankruptcy protection to Puerto Rico — one of the proposals Congress is considering — would unfairly punish investors, including many Americans saving for retirement who hold bonds from the island in their portfolios.

Spencer, who has served as a financial adviser to groups holding Puerto Rican debt, said municipal governments like Detroit have used Chapter 9 to “pay bondholders as little as possible to avoid necessary reform as long as possible.”

Tuesday’s hearing came after the Obama administration in October asked Congress to approve a rescue plan that would allow Puerto Rico to seek protection under Chapter 9 while a control board is set up that would impose fiscal oversight on the island, which is struggling to make payments on $72 billion worth of debt accumulated over a decade-long economic slowdown.

But Obama’s ideas may be a bridge too far politically. His proposal has been called “radical,” and former Undersecretary of Commerce for Economic Affairs Robert Shapiro, a Democrat, told Politico it “would be unprecedented in the American context.”

After Tuesday’s hearing, Bloomberg reported that congressional Republicans showed “no rush to act.” The publication quoted Iowa Sen. Chuck Grassley, the committee chairman, as saying lawmakers “will wait until we review all this information we’re getting here.” Many Democrats support municipal bankruptcy protections for Puerto Rico, but Republicans have argued that the territory should focus on the root causes of its financial problems like wasteful spending.

Puerto Rico’s central bank announced before Tuesday’s hearing that “it paid all principal and interest payments due” on its latest government bond bill of $354 million. In August, Puerto Rico defaulted on some loan payments, but financial observers said skipping Tuesday’s payment, which was guaranteed by the island’s constitution, would have had more serious ramifications for the island.

“Today’s debt service payments reflect our commitment to honor our obligations notwithstanding the extreme fiscal challenges we face in an effort to facilitate a voluntary restructuring process with our creditors,” bank president Melba Acosta Febo said in a statement. “However, make no mistake, Puerto Rico’s liquidity position is severely constrained at this time despite the extraordinary measures the Government has taken to improve it.”

The bank president added that Puerto Rico intends to honor its debts “to the extent possible without interrupting essential public services. However, the Commonwealth’s overall fiscal positions remains tenuous. In the following weeks, we will continue to have discussions with our creditors about supporting the creation of a sustainable path forward for the Commonwealth. To succeed, this course of action entails shared sacrifices from all our stakeholders, including our creditors.”

Despite authorizing the last-minute payment to avoid default, Gov. Garcia Padilla warned senators during the hearing that unless Congress acts, the territory will have to “claw back revenues pledged to certain bonds issued in order to maintain public services.”

Judiciary Chairman Charles E. Grassley, R-Iowa, in his opening statement, took exception to the characterization of debt holders as “vultures,” as some who advocate for bankruptcy for Puerto Rico have begun to refer to the island’s creditors.

After the hearing, the idea of forgiving or restructuring debt wasn’t sitting well with American and Puerto Rican holders of the territory’s bonds.

“Rather than engaging in a consensual process that has been offered by creditors, Governor Garcia Padilla has embarked on a warpath toward total debt avoidance,” said Matthew Kandrach, vice president of the conservative group 60 Plus Association, which advocates for seniors from a free-market, limited-government perspective. “His actions will eviscerate the Constitution, tarnish Puerto Rico’s economic credibility, rattle municipal markets, and destroy the retirement savings of thousands.”

At a news conference Kandrach organized with bond holders following the Senate hearing, speakers echoed Republican calls for belt tightening before bankruptcy. “They are not even following their budget,” a retired chemist named Teresa Garcia said of the Puerto Rican government. “They have gone $2 billion over the budget for 2014, so the government needs to cut.”

Kandrach added that the governor had spent hundreds of millions of dollars on consultants, something 60 Plus thinks he should have thought about before coming to Congress for financial help.