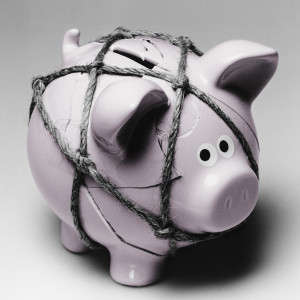 According to State Budget Solutions (SBS), a nonpartisan public policy organization focusing on local and state budget issues, states’ total unfunded public pension liabilities reached $4.7 trillion in 2014, an increase of more than 14 percent since 2013. That puts each American citizen on the hook for an average of $14,156 in public pension debt, up from about $12,852 per person in 2013. If the problem is allowed to continue to fester unabated, taxpayers will ultimately be forced to make up the difference in the form of higher taxes.

For years, state pension boards have used overly optimistic investment-return assumptions to “cook the books” and make the funds they manage appear financially sounder than they really are.

In California, the Public Employees’ Retirement System (CalPERS) assumes it will consistently beat the market and receive a fabulous 7.25 percent return on its investments. In reality, CalPERS’ books showed a net loss of 0.5 percent at the end of fiscal year 2014.

Using a more realistic assumption of a 2.734 percent yield on returns, roughly the same yield received from investing in 15-year U.S. Treasury bonds, SBS says CalPERS can realistically expect to pay only about 39 percent of its total pension liabilities.

Vermont’s pension liabilities exceed its ability to pay by more than $7 billion, or about $11,375 per Vermonter. The Vermont State Employees’ Retirement System (VSERS) assumes its investments will earn 6.25 percent per year. In reality, VSERS fell far short of its expectations, realizing just 3.7 percent growth between June 30, 2013 and June 30, 2014.

According to SBS’ calculations, Vermont’s public pension plans can only pay out $1 for every $3 promised to state employees.

The problem of looming public pension liabilities is not limited to California and Vermont. States such as Alaska, Connecticut, and Kentucky are in even worse shape. For example, Connecticut’s public pension funds can only pay out 23 cents for every dollar of entitlements promised to government workers.

Ignoring the approaching public pension tsunami means taxpayers will get swallowed up in an ocean of red ink.

Unlike a real tsunami, this wave of underfunded public pensions can be stopped. By shifting from defined-benefit programs to 401(k)-like defined-contribution plans, and applying common sense, honesty, and transparency when preparing investment plans, state pension boards can make a plausible effort to safeguard government workers’ money and taxpayers against potential economic shocks in the future.