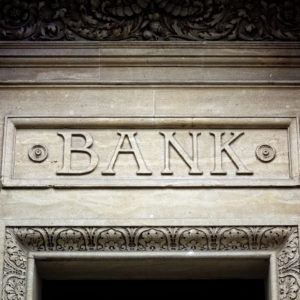 Regulations Intended to Strengthen Community Life May Do Just the Reverse

After speaking to a gathering of community bankers recently, an attendee asked if I understood what it means when a small town loses its local bank, either replaced by ATMs or by a branch of a larger enterprise.

I felt I knew what motivated his question. In a session before mine, we had seen data on the number of banks that had disappeared. For example, in May 2015 there were 1,971 fewer U.S. community banks than existed in 2008. Some 500 of these were Great Recession casualties; the rest were merged into larger banks. All of them had been local community banks, which are banks with less than $10 billion in assets.

“Tell me what’s bugging you,” I responded to the banker.

“It’s not just a banking business,” he replied. “Local banks are part of the community core. The owners and management give leadership when the United Way drive is underway. They are often the source of college scholarships for promising high school graduates. The community bank and the people who work there are part of the bed rock that stabilizes the local economy.”

I liked what I heard, but I couldn’t help but remember the creative destruction generated by competitive markets. The unrelenting search for lower cost ways to serve consumers does bring difficult challenges for old-line producers and, often, their home communities.

There was yet more on the banker’s mind. In my earlier presentation to the group, I predicted that the new Trump administration would set high priorities to make major changes in Dodd-Frank. My forecast was based on what I believed to be critical concerns expressed by Trump supporters in small towns, industrial communities, and rural areas in the 2016 campaign. Limits on lending and growing paperwork were the two issues I mentioned.

Dodd-Frank triggered more conversation. My banker friend asked me, “Can you imagine what it is like when a small town bank with a lean back office staff receives a 700-page regulation that stipulates how and when to report data on mortgage lending? This isn’t about lending; it’s about reporting.”

It so happened that the Consumer Financial Protection Bureau, a Dodd-Frank creation, had just issued the final rule covering the Home Mortgage Disclosure Act. The rules exist for the purpose of supplying a database that enables federal lending agencies to monitor the extent to which lenders embrace the full community of borrowers when making loans. The rules apply to any lender that makes just one or more home mortgage loan each year.

My friendly banker went on: “For a banker worried about handling a growing regulatory burden and a possible merger with another community bank or larger one, this could be the straw that breaks the camel’s back.”

Wait a minute, I thought. We all know that changing technologies and ways of doing business bring change to the way life is organized in cities and communities. After all, the smart phone is revolutionizing everything from how we get cabs to where we order food, buy groceries, and schedule haircuts. But what if the changes that cause small enterprises to lose their competitive edge are not based on new technologies or what we might call real changes in the way the world works, but instead reflect the result of special interest regulatory power struggles? What if competitive advantage comes about from regulatory economies?

As my banker friend suggested, reporting and other Dodd-Frank regulations that place disproportionate burdens on smaller enterprises may not yield stronger and more prosperous communities at all. They may, instead, erode the very community life the regulations claimed to strengthen.