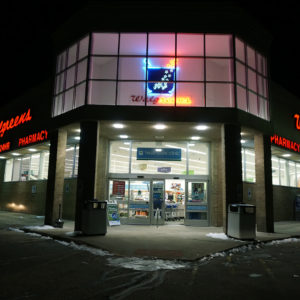 Why isn’t it called price fixing when the government does it?

One of the ways the government does it is via something called the Durbin Amendment — a bureaucratic fatwa that puts the federal government in the business of setting fees for debit card transactions between merchants and card issuers.

The argument — made at the behest of Fortune 500 big box retailers like Walgreens, whose CEO had a nice fireside chat with Illinois Sen. Dick Durbin just prior to the amendment being tacked onto the broader Dodd-Frank financial reform legislation — was that the fees being charged by the banks were “too high.”

The big box stores claimed that if “reasonable and proportional” price controls were imposed on transaction fees, they’d be able to drop the prices of the merchandise they sold.

The Durbin Amendment passed into law, but prices on the stuff sold at the big box stores haven’t gone down. As even Forrest Gump could have anticipated, what happened was that the big stores pocketed the change.

And, received a competitive advantage over smaller retailers.

Post-Durbin, there is a one-size-fits-all fee for debit card transactions.

This hugely benefits the Bigs — at the expense of small- and medium-size retailers, where purchases tend to be smaller and so, the fees associated with each transaction are proportionately higher.

They make less — and pay more.

The Bigs also save more. The now-widespread use of debit cards rather than checks has greatly reduced their losses in the form of overdrafts, since you can’t “bounce” a debit card.

But the banks are now on the hook for all the costs associated with debit card transactions.

Accordingly, fees charged to debit card holders have gone up. Because the costs associated with processing debit card transactions haven’t gone away. It is not magic that makes it possible to pay for something with a plastic card you slide through a reader.

The Bigs, via Durbin, have legislatively offloaded these costs onto the banks.

Banks set up the debit card infrastructure — which includes the human staff that supervises the accounts, processes the payments and everything else associated with handling the transaction. The transaction fees cover their costs — plus a profit.

For this, the banks were pilloried by Durbin — at the behest of the Bigs — which made book as a result of the legislation.

That took some chutzpah, given that the Bigs profited enormously as a result of Durbin — and did so not the American way, by providing a service on the market that people are willing to pay for — but instead, the crony capitalist way — by using the coercive power of the government to offload their expenses onto others and to pad their pockets at the expense of business rivals, as well as consumers.

Meanwhile, the banks — like any business that wants to stay in business — had to find another way to recoup their expenses. One way they did so was by discontinuing or reducing debit card reward programs and by encouraging the use of credit cards, which generate money for the issuer via interest.

Debit card holders suddenly found themselves being charged for things that used to be free — including opening and maintaining checking accounts associated with their debit cards.

The overall effect has been a 3 percent to 5 percent uptick in the costs paid by debit card holders and otherwise passed on to consumers. Which works out to an estimated $14 billion annually, according to a study done by the Federal Reserve.

Looked at another way, that $14 billion is a coercive wealth transfer from the banking industry, their customers and small retailers, to the Bigs. Those least able to afford it are compelled to pay for it — for the benefit of huge, national-scale retail chains who need the government’s “help” like a fish needs a bicycle.

Smaller, community banks got the shaft, too — because bigger, regional and national banks can make up on volume what they lose on each individual transaction. The smaller banks end up resorting to even higher fees on other services they offer their customers in order to try to make up the deficit. Which costs them customers, who move to the bigger banks to avoid the fees or to find better deals.

It’s ironic that supposed friends of the little guy like Dick Durbin have turned out to be water-carriers (or willing dupes) of the very Big guys, like Walgreens.

But the political landscape has changed since the “Walgreens Assistance Amendment” was passed back in 2010.

It’s hard to imagine anyone objecting — except, of course, the Bigs.