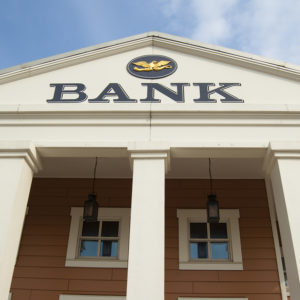 Rescinding True Lender Rule Would Be Unsound and Cruel

One of the biggest criticisms of the banking industry is its inability to supply credit to communities of color. One way banking regulators have tried to help these communities, many of which are economically distressed, is through the True Lender Rule. Finalized by the Office of the Comptroller of the Currency (OCC) in late 2020, it clarifies the relationship between banks and non-bank service providers that help banks offer critical financial services across state lines and clarifies national banks’ ability to export the interest rates applicable in the lending bank’s state to other states.

These states say they want to ensure that their individual states’ consumer financial laws are applied to every loan issued to a consumer in their state, regardless of the location of the financial institution issuing the loan. This flies in the face of decades of well-established federal banking regulations. The practical impact of knocking down the True Lender Rule would be to eliminate credit options for consumers and protect the interests of the biggest banks in these states.

This isn’t the first such challenge. In 2015, before the True Lender Rule existed, a court case from New York, Madden v. Midland Funding, reinforced the state’s interest rate laws and the state’s regulatory scheme. The decision applied to only three states—New York, Connecticut, and Vermont—but the result was that loans to borrowers with the greatest need (that is, those with FICO scores below 640) plummeted. In fact, before the court decision, hundreds of nonprime loans were issued in Connecticut and New York, but none were issued after July 2015 when the decision was handed down. The lack of credit options most likely led to a permanent increase by eight percent in personal bankruptcies in the three states. We know from this and other experiences that credit options for subprime borrowers will dry up if the True Lender Rule is rescinded, with devastating consequences. These consequences are more significant in communities of color.

During recent testimony, one witness complained that mainstream banks had abandoned his community, with the void being filled by payday lenders, check cashers, and title loan shops. But repealing of the True Lender Rule will exacerbate, not improve, banking deserts in America. The OCC rule will allow banks to re-enter communities, compete with alternative financial services providers, and extend credit to many consumers who are now limited to using more expensive products from non-bank lenders.

Repealing this rule would hurt community banks the hardest. To provide diverse credit options and help those who need the most flexibility to address their financial concerns, many small local banks collaborate with nonbank entities, most notably in fintech, which uses technology to increase the availability of financial services. Curbing these options by rescinding the True Lender Rule would prevent small banks from providing a much-needed array of credit services and consolidate the credit markets in the hands of the industry’s biggest banks—a process that in recent years has left many consumers in credit deserts.

The harm to the individual consumer, and the benefit to the big banks, is great. Eliminating the True Lender Rule would likely lead to an increase in overdrafts, as credit consumers know check overdraft fees are not included on credit reports. Banks are more than happy to collect excessive overdraft fees, as those fees account for a significant part of the big banks’ income—an estimated $30 billion dollars a year. Naturally, the biggest banks gain the most from charging overdraft fees, which consumer groups label “forced, high-cost payday loans,” and the fees come disproportionately from low- and moderate-income consumers who can least afford them.

According to the Consumer Financial Protection Bureau, overdraft fees cumulatively are hovering near all-time highs, as are complaints that short-term loans are increasingly unavailable during the pandemic. No one should even be talking about eliminating the True Lender Rule.

Eliminating any of the credit options that currently exist for underbanked consumers would only exacerbate the economic harm caused by COVID-19 and propel more people into financial distress. Bottom line: the states that are suing to rescind the True Lender Rule are pursuing an objective that is both economically unsound and cruel.

Ray Haynes is a former chairman of the American Legislative Exchange Council. He wrote this for InsideSources.com.