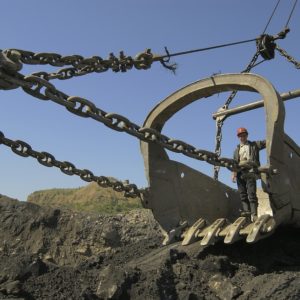 For years, experts in the United States warned that America’s pharmaceutical supply chains had become alarmingly vulnerable, with a troubling dependence on production in China.

Those warnings have proved prescient.

America watched as hospital systems and first responders across the country scrambled to gain access to all types of medical equipment needed to do battle with COVID-19. When the nation needed to immediately ramp up production of these vital products, in many cases the government had to step in.

Auto and clothing manufacturers pivoted to produce ventilators and masks to fill gaps in a supply chain disrupted or even held hostage overseas.

House Minority Leader Kevin McCarthy, reflecting on the challenges of the last months and China’s role in them, recently wrote, “We must prioritize our PPE stockpile and critical supplies, such as pharmaceuticals, medical supplies, food, and critical minerals, and grow domestic and diverse sourcing so we are less vulnerable when the status quo supply chains fail — like they did within China.”

He concluded, “The United States should never be so dependent on another country that their economic collapse, closed factories, broken supply chains, and corrupt leadership brings us to our knees with them.”

Critical pieces of the American industrial base have slipped through our fingers with China capturing control of strategic industries. Unfortunately, in many respects, our misguided policies deserve as much blame as China’s strategic ambitions.

The very warnings issued about the vulnerability of our medical supply chains have come only louder and more frequently with respect to minerals. Yet, in both cases, little of what is required to address the challenge has been done.

Chinese production and processing of minerals and metals has placed Beijing at the very front end of nearly every industrial supply chain our economy and national security depend on.

From telecommunications and advanced energy technologies to our most critical weapons systems, all are made with a dizzying variety of minerals and metals largely controlled by Chinese companies. Of the 35 mineral commodities listed as essential for U.S. economic and national security, China is the top producer or top supplier for 23 of them.

The International Energy Agency just published an analysis warning that mineral supply disruptions could derail the deployment of a variety of energy technologies. Citing China’s near complete control of both the rare earths and battery supply chains, the authors wrote, geopolitics will “remain a wild card” in the global energy equation.

This was a sentiment shared by analysts at Wood Mackenzie when they wrote, “We could see countries using metals supply as a tool for statecraft, threatening to turn the tap off. Put simply, will we jettison the geopolitics of oil for more of the same in the move from pump to plug?”

Addressing China’s undue control of mineral supply chains should not be a partisan issue; recognizing it hasn’t been. In 2010, when China tightened quotas on the export of rare earth elements and sent prices skyrocketing, Hillary Clinton, then the secretary of state, called it a “wake-up call.” Sen. Lisa Murkowski of Alaska has declared our mineral import reliance the nation’s “Achilles’ heel.”

The Trump administration has taken laudable action to raise awareness and to put in motion steps to address this glaring vulnerability. However, additional action to restore our domestic minerals supply chains must come from Congress. It should prioritize addressing the mineral challenge.

The United States needs mine permitting reform to reduce duplicative and unnecessary barriers to domestic mining investment and increased, responsible access to the nation’s vast federal lands that are home to trillions of dollars in untapped mineral reserves and the jobs that can flow from them.

We also need to incentivize American minerals processing so our manufacturers can access minerals produced and processed at home under the world’s foremost environmental safeguards. Legislation already exists to accomplish much of this agenda. It’s past time our lawmakers act with the urgency required.

As the COVID-19 crisis has taught us, we can’t wait to address glaring supply chain vulnerabilities. In a world that is only becoming more minerals and metals intensive, addressing U.S. mineral import reliance and our alarming dependence on China deserves immediate action.

An American mining renaissance is within reach if we choose to pursue it.