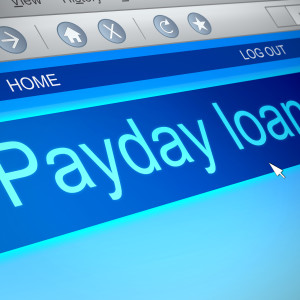 A rule finalized by the Consumer Financial Protection Bureau in 2017 to impose onerous regulations on small-dollar loans would dramatically reduce access to credit for many struggling Americans who are locked out of the traditional banking system because of poor credit or low income.

It’s worth asking, to what extent do restrictions on small-dollar loans, including payday loans, work to legalize redlining and discriminate against the most vulnerable groups of Americans?

For more than a century, allegations of redlining — the practice of using geography to screen customers and deny loans to low-income neighborhoods, people of color, and those living in high-crime areas — have dogged U.S. financial institutions. As recently as 2015, the CFPB took action against a bank over allegations of redlining. Yet, ironically, the CFPB’s crackdown on small-dollar loans would have similar effects.

With 40 percent of American adults unable to cover an unexpected $400 expense, the government should be taking steps to expand access to credit for low-income households, not reduce it. Ten million Americans rely on payday loans every year, not to mention single-payment vehicle title loans and longer-term balloon payment loans that would also fall under the CFPB’s new rule.

The rule mandates that loans be underwritten, meaning that lenders would be required to certify, under penalty of law, that their borrowers have the ability to repay their loans. This would create a significant administrative burden on lenders, adding time and cost for people in urgent situations who have no other sources of cash.

Mandatory underwriting assumes that consumers can’t be trusted to decide for themselves whether a loan is too costly. Putting the government between borrowers and credit just makes it harder to access funds to pay utility bills, keep a proprietorship running, fill the gas tank, put food on the table or pay other day-to-day expenses.

Fortunately, the CFPB recently announced that it is re-evaluating this provision, which was slated for implementation later this year. Officials noted that the rule could “reduce access to credit and competition in states that have determined that it is in their residents’ interests to be able to use such products, subject to state-law limitations.”

Indeed, different states have adopted a wide range of regulations on the small-dollar lending industry, and top-down intervention from Washington would undermine local policymakers’ ability to respond to their constituents’ needs.

Among the many unintended consequences of mandatory underwriting, one of the most damaging would be the harm done to disruptive, innovative small-dollar lending services that offer more convenient and transparent loans at more competitive rates than traditional lenders. Piling regulations on an industry nearly always favors entrenched incumbents who have the resources to cope with the red tape. Small start-ups, even if their services satisfy a desperate consumer need, often buckle under the compliance costs.

Just as small community banks and local credit unions were a vital source of credit when large banks reduced their lending after the financial crisis, small-dollar lenders provide a crucial service to millions of Americans who otherwise might turn to underground sources of credit or illegal activity.

Legalizing redlining does not increase consumer access to capital; it is not the answer. The CFPB is right to recognize that placing additional restrictions on these loans could cause serious harm to the most vulnerable Americans.