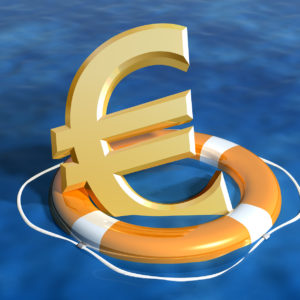 The Return of the Euro Crisis Foretold

Anyone who thought that the Eurozone debt crisis was resolved has not been paying attention to economic and political developments in Italy, the Eurozone’s third-largest member country.

They have certainly not been focusing on how very vulnerable the Italian economy remains to a less favorable international economic environment and to more challenging global liquidity conditions than those that have prevailed over the past few years.

Nor have they been drawing the implications for economic policy from the recent Italian parliamentary election. That election saw a surge in support for populist political parties not known for their commitment to economic orthodoxy or to real economic reform. At a minimum, this is likely to usher in a prolonged period of Italian political uncertainty.

To say that the Italian economy is in a very poor state would be a gross understatement. Over the past decade, Italy has managed to experience a triple-dip economic recession that has left the level of its economy today 5 percent below its pre-2008 peak. Meanwhile, Italy’s current unemployment level is around double that of its northern neighbors, while its youth unemployment continues to exceed 25 percent.

The country’s sclerotic productivity performance has contributed to the persistence of major economic vulnerabilities. Those vulnerabilities could very well be exposed once the European Central Bank exits from its government bond buying program later this year that has been particularly supportive of the Italian bond market.

Not only has the country’s public debt to GDP ratio continued to rise to 133 percent, making the country the most indebted country in the Eurozone after Greece. Rather, its banking system remains clogged with non-performing loans that still amount to 15 percent of its balance sheet and that starve the economy of much needed credit.

As the economic sick man of Europe, Italy cannot afford a prolonged period of political instability and policy experimentation. Rather, it needs fundamental economic reforms that might close its productivity gap with its northern neighbors and that might put the country on a faster growth path. Only then will Italy have a chance to grow its way out of its public debt and banking system problems.

Sadly, the recent Italian election result holds out anything but the prospect for a stable Italian government committed to real economic reform. The fact that no political bloc garnered anything like a majority of the votes means at a minimum that Italy is now headed for many months of political haggling to form a new government.

Worse yet, the strong showing of Italy’s populist political parties, whose combined vote exceeded 50 percent of the total, holds out the prospect that a populist party could very well be a coalition partner in any future Italian government. It hardly is cause for comfort to think that the next Italian government could be led by Matteo Silvani, the leader of the Euro-sceptic Italian Northern League, or by Luigi di Maio, the leader of the radical Five Star Movement that garnered the most votes of any single political party in the election.

It would seem that Italy could not have chosen a worse time to enter into a prolonged period of political instability. Clouds now seem to be gathering over the global economic recovery as a result of the Trump administration’s shift to a more protectionist trade policy and to a reckless budget policy.

At the same time, there is every indication that the favorable global liquidity conditions that have buoyed the Italian government bond market to date are now coming to an end. The Federal Reserve is now firmly on a path of hiking interest rates, while the European Central Bank is intimating that it plans to exit its quantitative easing program later this year.

A prospective Italian economic crisis will be of the utmost importance for both the Eurozone and the global economies. Being 10 times the size of the Greek economy, the Italian economy is far too large an economy to fail if the Euro is to survive in anything like its present form. Yet having the world’s third-largest government bond market after Japan and the United States, with $2.5 trillion in bonds outstanding, Italy is simply too large a country for even Germany to save.

For which reason, one has to hope that somehow out of the wreckage of the parliamentary election a stable and reform-minded Italian government is formed that can forcefully address the country’s acute economic vulnerabilities. However, global policymakers would be ill advised to count on such a fortuitous outcome. Instead, it would seem not too early for them to start making contingency plans for a full blown Italian economic crisis.