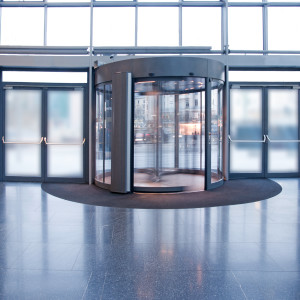 How easy is it to move between government and industry without running afoul of the law? If Jim Parrott’s relationship with Bank of America is any indication, it’s pretty straightforward. But a new ethics complaint may test that assumption.

Parrott advised the White House about how to overhaul Fannie Mae and Freddie Mac during 2011 and 2012 before jumping ship to form his own consultancy. Before a year was out, Parrott appears to have landed a major client: Bank of America, which was keenly interested in how the Obama administration might reform the two mortgage-credit behemoths.

This spin through revolving door underscores how former government officials can try to influence policy by hewing closely to the letter of the law, even if the actual work reflects what ethics laws sought to prevent, namely trading on experience and connections.

Meredith McGehee, policy director with The Campaign Legal Center, a group that tracks ethics and legal issues, said that as long as former officials avoid drawing an explicit line between their former work on a specific issue and their private-sector client, they are generally in the clear.

“In practice, anyone with an ounce of smarts knows how to go back to the agency and do things fairly generically without discussing the actual matter, and get the message they want across,” McGehee said.

InsideSources first reported evidence that Parrott was working with Bank of America in July 2014, advising it on the future of Fannie and Freddie. Last week, The New York Times published an investigation of the ties between government service and three former senior officials in the Obama administration, one of whom was Parrott. The Times also reported that Parrott counseled the Charlotte, North Carolina-based bank, and concluded after examining visitor logs that Parrott had six meetings with housing policy officials at the White House — following a one-year cooling-off period — after leaving the government.

Parrott denied that he advocated on behalf of his clients during meetings with the government. “I give them a sense of how people are thinking and how things are likely going to develop in their world,” he told The Times.

The Campaign for Accountability, a non-profit watchdog group, earlier this week called for a Department of Justice investigation of Parrott and two other senior Obama administration officials who left the government and counseled banks seeking a piece of the future mortgage market.

“With the country’s $5.7 trillion home mortgage market at stake, the debate over the future of Fannie Mae and Freddie Mac has been highly controversial and has involved a large number of players spending untold sums to influence the outcome,” Anne Weismann, the group’s executive director, wrote Justice today. “When it appears that those involved in influencing the outcome of important policy decisions may have crossed ethical lines and violated conflict of interest laws, Americans’ confidence in those decisions is undermined.”

The group also took aim at two other well-known figures in policy debates over housing finance: David Stevens, president of the Mortgage Bankers Association and former head of the Federal Housing Administration, and Michael Berman, a senior counselor in the Department of Housing and Urban Development, who became a private-sector consultant.

Stevens and Berman both emphasized, in written statements, that they’d consulted closely with government ethics lawyers as part of their career transitions. John Mechem, a spokesman for MBA, said Stevens notified and worked with ethics officials “from the moment” the group contacted him about a job. Berman added: “After I left HUD, I never even met with the Administration to discuss GSE reform , and I have never represented anyone as a lobbyist.”

The overhaul of Fannie Mae and Freddie Mac, which buy mortgages from private companies to improve liquidity, ranks as perhaps the largest chunk of unfinished business in Washington to deal with the aftermath of the 2008 financial crisis that took down major banks and brought on a serious recession.

Then Secretary of the Treasury Henry Paulson took the two companies into federal “custodianship” in 2008, and handed their management over to the Federal Housing Finance Agency. Known as “government-sponsored enterprises” (GSEs), the firms had private shareholders but its debt, purchased by investors and governments around the world, enjoyed the implicit backing of the U.S. government. Faced with the inability to pay, the two companies effectively threatened the creditworthiness of the U.S. government.

Since then, Congress has wrestled with how to reform Fannie and Freddie, with partisan divisions being only part of the reason why nothing has happened. Some Republicans would prefer to see the two companies shut down, while others insist that any changes preserve the viability of the 30-year mortgage. Democrats are prone to emphasize the government’s role in promoting home ownership among middle-income families.

The overall goal is to bring private capital back into the housing finance system. Most mortgages are now guaranteed by Fannie and Freddie, 7 years after Paulson acted. With $13.7 trillion in mortgage credit outstanding at the end of September, according to the Federal Reserve, the stakes over how the government overhauls the system could hardly be larger for major banks.

Bank of America looms large as a lender that could, with its extensive branch network and customer relationships, play a larger role in mortgage finance, depending on how Fannie and Freddie are restructured. It spent $360,000 in the third quarter of this year alone on lobbying related to a clutch of issues including GSE reform, according to its lobbying disclosure forms.

It isn’t alone. Other interested parties include American International Group, the insurer that also got a bailout from the U.S. government in 2008, Black Rock, a major asset management firm and the Financial Services Roundtable, which represents the nation’s largest financial companies.

Smaller banks, a politically-potent lobby in their own right, have kept a nervous eye on efforts by large banks to influence the nation’s housing finance system. Eliminating Fannie and Freddie, which bought loans from all banks, would expose smaller banks to tougher competition from bank behemoths, said Ron Haynie, vice president for mortgage finance policy at the Independent Community Bankers of America.

“It provides an opportunity for the biggest lenders to cherry-pick the customers that smaller banks have,” Haynie said. “You’ll end up with directors on our members’ boards getting mortgage solicitations from Wells Fargo and JPMorgan Chase.”

Ethics laws have sought to discourage the kind of back-and-forth between government and industry that has fed cynicism about the political process. They aim to curb the practice by homing in on two questions. Has a former official worked at an agency on a particular matter? Has the former official advocated for a client to that agency? An affirmative response to both questions, and the former official is probably in trouble.

Specificity matters. If an official was involved in a specific procurement contract, for military hardware, for example, then that official could never legally circle back to his or her former agency after leaving the government to advocate for a client on that specific contract.

“Senior staff in the executive branch who were substantially and personally involved in an official matter that involved a specific party, such as a government contract, are permanently prohibited from making lobbying contacts on the same matter with executive agencies,” said Christopher DeLacy, who heads the political law group at Holland & Knight, a law firm in Washington.

By early 2014, the debate over the reform of Fannie and Freddie was in full swing thanks to legislation introduced in the Senate in June 2013 that served as a vehicle for negotiation among competing interests. And by that time, Parrott didn’t need to worry about the appearance of impropriety that might have emerged if he’d taken up the issue earlier.

“Going back and talking about a policy matter during that one-year period is pretty stupid,” McGehee said. “It may not cross the line but it’s pretty stupid. It draws attention. It invites scrutiny.”

The Campaign for Accountability argues that the conservatorship of Fannie Mae and Freddie Mac constitutes a “particular matter” from which Parrott, Berman and Stevens should face a lifetime ban.

“The question is whether, after departing the administration and joining the private sector, they attempted to influence” the outcome of debates on Fannie and Freddie, Weismann wrote Justice. “Absent inquiring of the government officials who attended these meetings what was said, it is impossible to know for sure, but the circumstantial evidence is sufficient to require further investigation.”

Stevens’ lawyer has argued development of public policy is not prohibited under the law.

Throw in a few changes in circumstances, and the lifetime ban becomes a one-year cooling off period, during which former officials have “many” ways of tiptoeing around the law to get their new jobs done, McGehee said. There are documented cases in which former officials greet their former colleagues socially but send an underling to make a specific request on behalf of a client, insulating them from any legal trouble, for example.

Weissman disagrees, particularly in the case of Parrott. “It strains credulity to believe that during these meetings he had no intent to influence government officials,” she wrote.

Parrott emailed InsideSources, stating: “I have been careful to understand and comply with my legal obligations since leaving the government. Any suggestion to the contrary is false.”