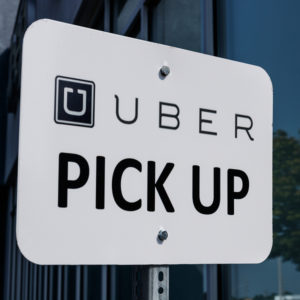 Voters in California overwhelmingly approved a ballot measure that exempts drivers for ridesharing services, like Uber and Lyft, from the state’s controversial Assembly Bill (AB) 5 law that unionizes freelancers and gig-economy workers.

Assemblywoman Lorena Gonzalez-Fletcher (D-San Diego) introduced the first iterations of AB 5 as a measure to protect gig-economy workers and those who rely on app-based services for extra income.

Gonzalez-Fletcher and proponents of AB 5, like labor organizations, were quickly criticized for the extreme nature of the law in classifying almost all independent contractors in various industries as protected employees, and mandating employers to offer health insurance and other benefits.

Opponents argue that AB 5 is harming freelance journalists, content creators — and even truckers who own and operate their rigs.

Republicans and Democrats in the California Legislature joined forces to exempt some jobs from the new law, including artists, musicians, freelance journalists, newspaper carriers and other contractors in many industries.

AB 5 was passed in response to reported cases of companies like Uber and Lyft implementing corporate policies that allegedly harmed their drivers and their abilities to earn money.

However, a measure was proposed to clarify the exemptions for app-based drivers and other people who work in that segment as exempt due to the increased costs for consumers, companies and how those extra costs will eat into wages for drivers.

Proposition 22, the ballot measure these companies backed with big money, was approved by voters with about 58.4 percent of the vote. The ballot measure was backed by DoorDash, a popular food delivery app service.

Tony Xu, the chief executive and co-founder of DoorDash, says that the passage of Prop. 22 is a win for drivers, companies and consumers alike.

“Californians sided with drivers, recognizing the importance of flexible work and the critical need to extend new benefits and protections to drivers like Dashers,” Xu wrote in a company blog post. “Now, we’re looking ahead and across the country, ready to champion new benefits structures that are portable, proportional, and flexible.”

“It’s what workers want and provides the protections and benefits they deserve,” Xu added. “We look forward to partnering with workers, policymakers, community groups, and more to make this a reality.”

Committees backed by labor unions and proponents for Assembly Bill 5 say that Prop. 22 will punish drivers and continue to harm their rights to working protections.

“Rideshare drivers and workers across California refused to back down even as Uber, Lyft and DoorDash plowed a record $200 million into a deceitful campaign to strip workers of the essential protections they need now more than ever,” says a spokesperson for the California Labor Federation, in a statement posted to social media outlets.

The federation also took to task the amount of money used to float the campaign for Prop. 22.

“The obscene amount of money these multi-billion dollar corporations spent misleading the public doesn’t absolve them of their duty to pay drivers a living wage, provide PPE to protect workers as the pandemic deepens or repay taxpayers for the nearly half a billion these companies have cheated from our state unemployment fund,” reads the statement.