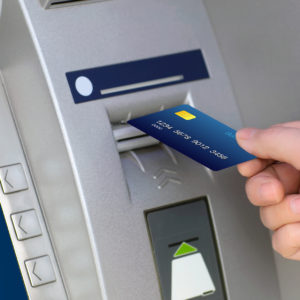 Senator Dick Durbin recently said that “anticompetitive practices in the debit card industry are hurting American consumers and merchants.” He’s absolutely right. But those anticompetitive practices are coming from Congress itself, forcing harmful and regressive payment regulations on an industry that needs flexibility to best serve consumers. Sen. Durbin himself – responsible for the Durbin Amendment in a 2010 financial reform law – is the source of much of the extremely costly regulation that hurts everyday consumers and low-income depositors.

Senator Durbin’s namesake amendment, which was included at the 11th hour without debate as a ride-on to the Dodd-Frank Act, cut the amount in half that banks were able to charge retail merchants when they process a transaction with a debit card. After the Federal Reserve issued its final rule implementing this provision in 2011, banks were prohibited from charging any interchange transaction fee that “exceeds the sum of $0.21 plus 5 basis points (0.05 percent) of the transaction’s value.” This approach replaced an interchange swipe fee market negotiated between buyers and sellers with a top-down, government-set price, and actually raised acceptance costs for many small merchants to Durbin’s new price floor.

The free market is not perfect. But ultimately, no one is served by heavy-handed policies from Washington. Even the businesses supposedly benefitting from this type of regulation eventually came to discover that government can’t confine its interventionist impulse to just one part of the market.

Since the rates set in the final rule were about 50 percent of the free market rate, banks were hit with considerably lower revenues in the years following the law. One study estimates the Durbin Amendment costs banks about $6.5 billion annually or $90 billion since 2011. As is typically the case with price controls, the market responds in ways that many policymakers don’t — but should — expect. In this case, most financial institutions reluctantly abandoned free checking, eliminated rewards programs, and increased fees across the board to make up the difference.

According to a 2014 study by George Mason University, around 1 million people lost access to the banking system due to the Durbin Amendment.

Additionally, proponents promised government-mandated price controls on interchange fees would help limited-income Americans because businesses would lower prices on goods. Unfortunately, most evidence disagrees. In fact, a Federal Reserve Bank of Richmond report noted 98.8 percent of retailers either raised prices or kept them the same after the legislation passed. The most likely retailers to increase prices? Grocery stores and fast-food restaurants, which is particularly concerning because higher prices from these merchants hit poorer households the hardest.

Thankfully, the Durbin amendment didn’t touch credit cards, and even made arguments in 2010 why the government shouldn’t regulate credit. However, over the past year some, including Senator Durbin himself, have called for these same price controls to be applied to credit cards. Given Senator Durbin’s aforementioned tweet and his position atop the Senate Judiciary Committee, it’s possible he’ll pursue legislation to double down on a policy already shown to have had unintended consequences.

If he’s successful, we can expect similar economic effects on the credit card market that happened to the debit market. If enacted, credit card users could have their cash-back rewards altered and credit limits reduced, among other negative effects. That’s roughly $50 billion in direct consumer benefits if you’re counting. As we’ve written previously, credit cards are not solely a luxury for the wealthy, but also an important financial tool for lower-income households. Nearly half of all open credit accounts are considered prime or subprime (177 million accounts), and the vast majority of these users have at least one credit card.

To that end, a study found 74 percent of cardholders with an income between $20,000 and $30,000 own a rewards credit card. For these individuals, extra cash-back or “points” at the grocery store or the gas station can go a long way. Indeed, the average rewards card nets each consumer $167.

Just as the Durbin amendment made the debit market more expensive, a similar result would occur with a Durbin amendment on the credit market. Americans need relief from Washington’s dictates, not more top-down regulations that make access to banking and credit more expensive. Instead, lawmakers should be examining policies that address the existing Durbin amendment, and make banking more accessible to all.