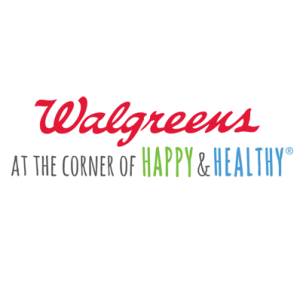 Shaming is no Substitute for Corporate Tax Reform

The steady rise in U.S. corporations buying foreign companies and then moving their headquarters abroad is not personal, it’s just business. It reflects the increasingly obvious fact that America’s high corporate tax rates put our companies at a competitive disadvantage against foreign companies, especially when competing for global markets. Yet a number of commentators have tried to make it personal. Americans for Tax Fairness calls companies that use inversions, moving corporate headquarters to lower tax nations, unpatriotic. The Washington Post’s Allan Sloan, who should know better, brands them deserters. President Obama wants to ban inversions retroactively.

This populist rhetoric clouds the reality of global competition and diverts attention away from the real solution, which is comprehensive tax reform capable of enabling America to compete aggressively for new corporate activity. Declining countries have to fight to hang on to what they have. Countries that believe in their future concentrate on attracting new activity to their shores. America needs a corporate tax policy that focuses on attraction.

The United States has the highest statutory corporate tax rate among developed nations. Despite arguing for years that corporate rates do not affect investment, job creation, or physical location, many commentators are now shocked to discover that companies actually will react to reduce what for them is a major cost. That is, after all what companies are supposed to do. In fact, a great deal of economic research shows that corporate taxes are the most damaging of all taxes to economic growth because they do affect investment. Moreover, workers bear a major part of the tax burden; investors after all can increasingly buy stock in foreign companies if they offer a higher return.

The damage to international competitiveness comes from a combination of high corporate rates and the fact that the United States, again unlike most other nations, applies its high tax rate to the income U.S. companies earn abroad. The dispute over inversions is not over what rate companies should pay on the income they earn in the United States. It is over the extension of that rate to income earned overseas.

To see what folly this is, imagine two equal-sized international competitors, one American and one British. Each company earns 80 percent of its income at home and 20 percent in the other nation. The American company pays a 35 percent tax on all of its income, while the British company pays 35 percent only on the 20 percent of its income earned in the United States. On the rest it only pays 21 percent. Which company is likely to be more competitive and profitable? Assume that it makes sense for the two companies to merge. If the British company purchases the American company, it pays 35 percent on the half of its income earned here and 21 percent on the half earned in Britain. But if the merger goes the other way all worldwide income is taxed at 35 percent. All for the privilege of being American.

Now let’s assume that both companies want to expand abroad. The U.S. company gets to pay 35 percent on all income earned in other nations, including China, India, and Brazil, whereas the British company only pays the lower local tax rate. Which company will have an easier time undercutting the other’s prices? For this reason any U.S. company that earns a large portion of its income overseas automatically becomes an attractive takeover candidate because a foreign acquirer can free that income from the high burden of U.S. rates.

Companies don’t get to write the tax laws. Congress and the President are supposed to do that. There is nothing illegal about inversions. There is also nothing illegal about a foreign company buying a U.S. one.  Nor is there anything unpatriotic about U.S. shareholders accepting the money from a sale. Yet some members of Congress think that U.S. companies should be bound not by the laws that exist, but by the laws they think should exist. It is a strange and dangerous idea. They criticize Walgreens for considering an inversion with Alliance Boots. Yet, the Walgreens’ purchase of Alliance Boots immediately lowers the combined value of the two firms because it exposes all of Alliance Boots’ worldwide income to U.S. rates. This damage can only be undone by changing Walgreens’ nationality. Walgreens did not write that law. Congress did. But if Walgreens were to founder because of its high tax rate and inability to compete in overseas markets and Alliance Boots were to rescue it by purchasing the assets, one suspects that many of these same legislators would compete to offer it tax breaks to do so.

Economic forces exert a strong force, especially over the period of several years. In the case of inversions and the loss of corporate competiveness, wishful thinking, such as the belief that companies have to be headquartered in the United States, is not an effective policy. Fundamental tax reform is. As always, the burden of leadership lies with the President. Absent that, the best that we can hope for is to begin laying the groundwork for reform and hope that the next administration makes it a priority.

Joe Kennedy is president of Kennedy Research, llc, and a former chief economist for the Department of Commerce.