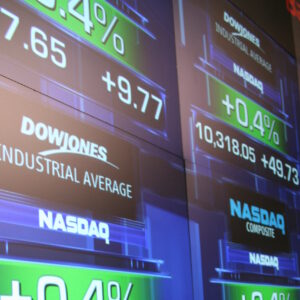 A Conservative Shareholder Activist in the Era of Trump

Justin Danhof works to promote conservative ideas at shareholder meetings, with this year expected to be very eventful with so many changes coming from the administration.

President Donald Trump has made workers and economic growth a central focus since being sworn in a year ago. His administration has worked to rollback regulations while congressional leaders successfully delivered him tax reform. The business community has responded positively to the reforms – including corporate leaders who oppose the president.

The National Center for Public Policy Research, a conservative think tank, has maintained an active presence at shareholder meetings over the last decade through its Free Enterprise Project. The project deploys a particular form of shareholder activism to promote conservative policies at those meetings.

“I think this will be a very busy year because President Trump is so different,” Danhof, who serves as director for the project, told InsideSources. “He is the headline generator of all time. And to the extent that corporate America has gotten involved with that, they have quite a bit.”

Danhof is able to speak at those meetings because he is a shareholder in each company – how much he invests depends on the company. He is able to ask questions and raise concerns during shareholder meetings because they generally include a session so that investors have the opportunity to ask the CEO questions. Danhof notes that company staffers and executives have also offered to meet with him personally the more he gets recognized at meetings.

Danhof adds that most of these shareholder meetings occur during the same six weeks of the year starting towards the end of April. He says that one of the challenges is prioritizing which meetings to attend on those days that many are occurring at once. He’ll likely be living on the road, bouncing between meetings, during those weeks.

Shareholders are individuals or institutions who own stock in a public or private corporation. They elect a board of directors to oversee the corporation according to a process that is determined by internal bylaws. Shareholder activism occurs when shareholders exercise their rights as owners to influence the board to make changes.

Danhof deploys a very particular form of shareholder activism – with the concept traditionally being used by investors hoping to get more back on their investments. But in recent years the practice has also become a means of pushing for political, environmental, and social changes too.

The political form of shareholder activism has faced a debate on whether it should even be considered a subset of the practice. The intended outcome is completely different because it seeks outside changes as opposed to internal. Danhof does note that the political issue he is advocating for will also help the company too since they are pro-business. He adds that political shareholder activism tends to be primarily practiced by liberals and progressives. Examples could include green initiatives or corporate social responsibility.

Danhof also says that many corporate leaders have opposed the president on ideological grounds despite his policies helping their companies. He notes that when corporate leaders get into political issues that don’t relate to their business they risk alienating customers and investors just for ideological reasons – which could hurt the company.

“We’re going to be talking about immigration, tax reform, regulatory reform,” Danhof said. “And part of what we’re going to do is talk about the juxtaposition to the way that liberal leadership at many of these corporations have treated the administration.”

Danhof hopes to counter rhetoric from these activists along with other outside progressive groups that are working to influence corporations. He says they have fought the administration – while also trying to turn corporate leaders against business groups like the U.S. Chamber of Commerce.

“We have a business-friendly president who is doing wonders for your bottom line, for your investors, and for your customers,” Danhof said. “And yet many of these corporate leaders are still willing to oppose the Trump administration when and where they can.”

Danhof has already attended a couple meetings this year as he awaits the bigger rush starting in April. The Walgreen Company, a major pharmacy store chain, was challenged on its charitable contributions to two pro-immigrant organizations during their shareholder meeting Jan. 17.

“The issue there that we wanted to bring up was the company’s support of two radical racialized groups,” Danhof said. “Specifically the issue of sanctuary cities is what we wanted to hammer home. UnidosUS and the League of Latin American Citizens both pushed for pro-sanctuary city policies.”

Washington D.C. has been in a vicious fight over how to reform the immigration system. The American people have been fairly split on how they view immigration reform. Danhof noted there is a lot less dispute when it comes to issues like sanctuary cities – pointing to a Harvard-Harris poll which found 80 percent of voters oppose the idea.

“We donate to many organizations, typically focused on the health care of those individuals rather than immigration policy,” Walgreens said in a statement provided to InsideSources. “Recognizing that the administration and Congress have begun discussions to address this issue, we hope a solution can be found that will limit as much as possible any impact on our employees who may be at risk so that they can continue building careers with us.”

Danhof says that company leaders did promise during the meeting that they will review their charitable contributions to ensure they meet company standards – while noting they were unaware of those specific policies being advocated for.  Danhof says he wasn’t surprised they weren’t aware given how slanted shareholder activism is towards the left.

The Republican tax reform law was almost immediately followed by a growing list of companies that have promised to reinvest more into domestic operations – including raises and bonus for employees. Democratic leaders have dismissed those recent developments as not a big deal – even calling the bonuses and raises merely “crumbs.”

Costco Wholesale Corporation, a membership retail chain, held its most recent shareholder meeting Jan. 30. Danhof decided to go to the meeting to discuss tax reform – knowing how liberal company leadership is. He points out that leadership responded by saying claims from liberal politicians just weren’t valid, but wouldn’t go further than that.

Danhof adds that the company is still reviewing the impact of those tax cuts –  but suspects it could soon lead to increased investments going toward domestic operations and employees. Costco already pays all its employees above the minimum wage and is often seen as a model employer by the left.