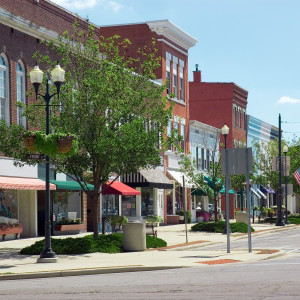 Should ‘Flyover Country’ Go Back to Work First?

For those most at risk for COVID-19, Wyoming’s the place to be.

According to The COVID Tracking Project — created by the venture-capital firm Related Sciences and journalists with The Atlantic — as of April 13, at 8:53 a.m. EDT, only one resident of the Cowboy State had died of the novel coronavirus.

Wyoming is the sole state with one fatality, but COVID-19’s lethality has been relatively light in many others. Alaska, Arkansas, Delaware, Hawaii, Idaho, Iowa, Maine, Montana, Nebraska, New Hampshire, New Mexico, North Dakota, South Dakota, Utah, Vermont and West Virginia each have suffered fewer than 50 deaths.

As the virus continues to impose a brutal butcher’s bill in the New York-New Jersey-Connecticut tri-state area, New Orleans and Detroit, the disparity between America’s hardest-hit communities and what many cultural elites consider “Flyover Country” deepens — a phenomenon that is likely to have major implications for the nation’s economy.

To put the contrast in simplest terms, the Empire State’s mortality ratio is one death per 2,073 residents. (New York City’s comparable figure is 1:1,217.) In Utah, the ratio is 1:178,108. With rock-bottom smoking and obesity rates, and the youngest median age in the country, the Beehive State’s good fortune is far from shocking.

But Arkansas, hardly a mecca for fitness enthusiasts, enjoys a ratio of 1:111,771. West Virginia, another state that regularly lands near the bottom of state health rankings, fares twice as better: one death per 224,018 residents.

Move from the state to the metro level, and the heartland’s salutary status persists. InsideSources.com maintains a data set of 40 urban areas scattered throughout the nation’s interior — a list that includes El Paso, Texas; Des Moines, Iowa; Greensboro, N.C.; Kansas City; Boise, Idaho; Little Rock, Ark.; Knoxville, Tenn.; Cheyenne, Wyo.; and Harrisburg, Pa. With just 341 deaths, if the sample’s rate were applied to the United States as a whole, COVID-19 fatalities would stand at 4,433. That’s a mere 20.2 percent of the actual total.

Perhaps most surprising about the geography of COVID-19 is how “safe,” if the word is apt, it can be for residents close to hot zones.

Pennsylvania provides an instructive example. The number of fatalities in Philadelphia is, sadly, 176. Yet 32 of the Keystone State’s 67 counties have not experienced a COVID-19 death.

A Pennsylvania Department of Health map indicates how strongly population density is correlated with the virus’s penetration level: The counties surrounding Philadelphia and Pittsburgh are depicted in red, orange and yellow, while the rural, central part of the commonwealth is suffused with counties colored blue and green.

The situation is similar in New Hampshire. The dire conditions in greater New York City have, alarmingly, migrated up interstates 84, 95 and 91. Deaths are mounting in Connecticut, Rhode Island and Massachusetts. Northern New England, however, is holding its own. The Granite State’s COVID-19 fatality ratio is one per 59,118 residents — noteworthy, given that the bulk of New Hampshire’s population is clustered in the southeast corner, near Boston.

And the Des Moines Register reports that trade strife had already cratered “corn, soybean, pork and other commodity prices,” and now, “Iowa’s rural economy faces widespread challenges as it battles through the coronavirus crisis.”

With so much of U.S. agricultural, industrial and natural-resource production located in the heartland, pressure is likely to build on policymakers to lift stay-at-home orders and mandated closure of “nonessential” businesses in the places where so much of the nation’s food and fuel originate.

For those advocating a speedy return to work, the epidemiological data make a compelling argument.