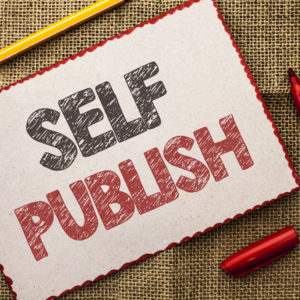 So You Want to Self-Publish …

Decades ago I had a book in me, and I went so far as to write a proposal along with three chapters. Through my connections, I found a very reputable agent who believed in me and in the book.  “Little Fish, Big Ponds” was the antidote for a world of re-engineering. It offered an empowering framework that could put the individual back in the driver’s seat.

After shopping the proposal and sample chapters, my agent learned that publishers liked the idea but wouldn’t bite unless I had a “platform.” This was a new word to me — one that had nothing to do with shoes (the only way I had ever used the word). I had no obvious communities who would value me behind a megaphone, and so, platformless, I returned to my day job.

Fast forward to 2015 where I felt a need to expand the lean-in conversation. I wanted to share stories of women who chose the winding road over the autobahn, scenic and textured over speed and destination. I wanted to celebrate the range of choices, which include rest stops, u-turns and late starts. The stories would be told by “ordinary” women who were easily relatable.

With proposal in hand, I went to four agents, and each had the same question: “Will you tell stories of famous women?”

“No,” I replied.  “We have enough of those. This will be about people like you and me.”

Their response was classic groupthink as they shared the same exact view: great idea, but unsellable to a publisher.

The good news? Self-publishing was now a reasonable option. Since that time, I have self-published three books in a series titled “At My Pace,” whose simple goal is to expand our conversation on topics that matter. It has been a rewarding, uphill challenge. I’ve met great people, sold some books, and definitely expanded the conversation. Still, the process has been more difficult than I had expected, and I share some lessons in hopes that they help others.

Self-publishing has three phases: Content development, production and promotion. Few of us are skilled in all three areas. Most self-published authors enjoy the content phase because they have something they need to say.

I realized early on that I would need to get help for areas that were not my strengths. When I sent my content to a layout professional, she asked if I was going to use Chicago style guidelines. “Say again?” was my response, while I quickly Googled the term. I knew nothing about the guideline, but fortunately, my son did as editor of his high school newspaper. I gave him the 500-page Chicago style tome I had ordered on Amazon.

Promotion is where we realize that getting our book in people’s hands is a marathon and not a sprint. It is ceaseless reaching out to communities, publications and almost anyone who will listen to you. It is beating your chest, even if you aren’t the type. It is making sure your message is succinct and relevant in an over-stimulated, attention-deficient world. It is enduring countless rejections, because you believe there will come that moment when you are giving a talk and you remember why you did this. It is also where an experienced PR person can help, but those are the most expensive hands you might hire.

While we might have fantasies of being the next Andy Weir (self-published author of best selling “The Martian”), we need to internalize that this is not likely. The average number of books a self-published author will sell is roughly 250 copies in year one. I translate this to mean, “Don’t do it for the money.”

The argument for self-publishing is for other reasons: Self-publish because you have something important to say; or you will enjoy the process; or you will build new skills; or it adds to your credibility. Those are all valid reasons. In fact they were mine.

When people don’t buy the stacks of books they said they were going to gift or potential speaking gigs evaporate, it is difficult not to take this personally. I remind myself that it is seldom about me. People forget; or they hate clutter; or money is tight.

Instead I focus on the wonderful and unexpected surprises — a company in the Midwest with whom I had no connection buying 20 of my books for their women’s network, or a major entertainment company asking me to speak, or a community gathering where my book was used to open up and share personal stories.

So, you think you want to self-publish? If you can field a team to support you, moderate your expectations, and toughen up for some likely rejection, you too can enjoy its many pleasures. “Easy” is not in the works, but “growth” and “meaning” are — and that is enough for me.