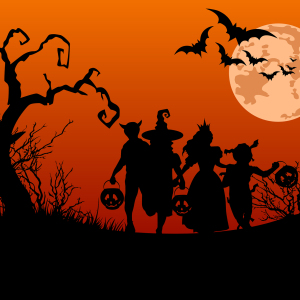 Some States’ Tax Policies Are Frightful, Others Are Treats

Just in time for Halloween, the nonpartisan Tax Foundation has released its annual “State Business Tax Climate Index,” finding some states treat businesses in a rather beastly manner, while others give their local employers the fiscal equivalent of a king-sized candy bar.

The Tax Foundation notes, somewhat predictably, that states in New England and the Mid-Atlantic, such as New Jersey, received only rocks in their trick-or-treat bags. According to the index, the Garden State has one of “the worst structured individual income taxes in the country” and taxes property owners at one of the highest rates in the nation.

Life after death may not be a certainty for the dearly departed in New Jersey, but high inheritance and death taxes levied on their survivors helps ensure the state’s economy remains zombified, barely shuffling along with real gross domestic product growing by a mere 1.1 percent in 2013.

Its neighbor in the economic graveyard, New York, ranked dead-last in economic growth, as the state’s anti-business policies helped make the economy remain as quiet as the grave. In 2013, New York’s economy grew by just 0.7 percent.

On the “Other Side,” business-friendly states such as South Dakota and Wyoming grew faster than the Blob. Wyoming, for example, does not tax the incomes of corporations or individual taxpayers, encouraging businesses to move to the Cowboy State. With its arsenal of economically sensible policies, Wyoming’s 7.6 percent increase in gross domestic product last year wasn’t the result of some occult ritual performed at the stroke of midnight, but sound economic policies.

North Carolina deserves a king-sized candy bar for stepping up its business tax game. After living in the crypt of a burdensome fiscal policy as recently as 2013, the Tar Heel State’s economy roared to life, growing by 4.1 percent in 2014. The Tax Foundation study credits a cocktail of economic potions such as cutting the corporate tax rate from 6.9 percent to 6 percent and compressing a byzantine individual tax system into a single bracket with “generous” standard deductions.

The “tax climate” is not the only factor involved in determining a state’s prosperity, but one does not have to hold a séance to figure out people are “crossing over” in increasing droves, from high-tax states to low-tax states. Over the decades, states unfriendly to business—such as those in the Northeast and New England—have lost 40 congressional seats to traditionally business-friendly regions such as the Southeast and Southwest.

This Halloween, state legislators across the nation would do well to overcome their fear of enacting pro-growth policies in their states and prepare themselves to reap the treats of good tax and fiscal policies.