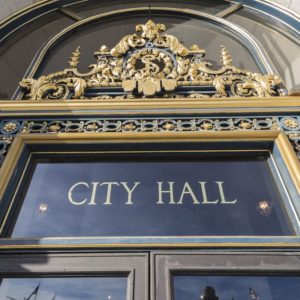 State and Local Governments: ‘Cut to the Bone,’ or Ripe for Pruning?

Kansas faces “a devastating hit to tax revenues,” with the damage estimated to be “$1.2 billion… over the current and next fiscal years.”

Clark County, Nevada, home of the Las Vegas Strip, must “cover a $315 million shortfall for the upcoming fiscal year.”

In Memphis, the mayor warns of “drastic action” in response to a potential $81 million shortfall in the next fiscal year.

And these are the lucky ones.

The coronavirus lockdown has caused state and local tax revenues to plunge, sparking warnings of a looming fiscal crisis. That’s one reason the Coronavirus Aid, Relief, and Economic Security (CARES) Act, enacted nearly a month ago, provided subsidies to all states, as well as many local governments.

An overview by the left-leaning Center on Budget and Policy Priorities enumerated the legislation’s largesse: “$150 billion in a new Coronavirus Relief Fund” (applicable to “costs in calendar year 2020”), as well as “$30 billion specifically for elementary and secondary schools and colleges and universities, $25 billion for mass transit systems, $5 billion for community development block grants, $3.5 billion for child care, and $400 million to prepare for elections.”

Matt Chase, of the National Association of Counties, told National Public Radio that because of “the way the law was written,” his members “cannot be reimbursed for lost revenue.” Still, large counties are in a better position than medium- and small-sized communities.

The CARES Act applies only to local governments with populations larger than 500,000. That restriction, combined with another month of cratered revenues, all but guarantees more federal rescue efforts will follow.

Have welfare rolls been cut? What about efforts to combat waste and fraud? Given rapid technological advances, has labor productivity improved in public service?

While the U.S. Census Bureau’s figures are a few years behind, they reveal a consistent trend for nonfederal public finances. For example, adjusted for inflation, between 2012 and 2017, direct expenditures rose by 22.6 percent. By category, the increases were:

Personnel costs dominate the budgets of state and local governments, sometimes accounting for more than two-thirds of general spending.

The U.S. Bureau of Labor Statistics has yet to release data for last year, but in 2018, 14.2 million employees were on the payrolls of villages, towns, cities and counties. In 2015, the number was 13.9 million. Average pay during the three-year period, an era of low inflation, grew by 8.3 percent.

At the state level, employment between 2015 and 2018 expanded just slightly. Again, paychecks swelled at a much faster clip: 8.7 percent. In 2019, combined state and local employment was compensated — wages, salaries, and benefits — at an hourly rate of $52.14. In the private sector, the comparable cost was $34.72.

Retirement income maintained its longstanding, and quite deep, disparity. According to the Urban Institute, 83 percent of full-time employees in state and local government “participated in a defined benefit (DB) pension plan in 2018, and nearly all (94 percent) had access to such plans.”

These systems provide monthly checks for life, regardless of former employers’ fiscal health and no matter what conditions prevail in the investment market. However, “in the private sector… only 16 percent of full-time workers participated in DB plans (20 percent had access).”

And the Pew Research Center’s latest analysis found that the unfunded-liability crisis is far from solved, with states having “69 percent of the assets they needed to fully fund their pension liabilities” in 2017.

In the rush to shore up the coronavirus-battered finances of state and local governments, will Washington demand spending reforms — or subsidize more of the same?