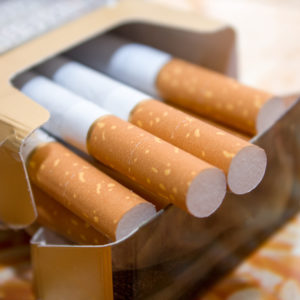 As states struggle with the fiscal impact of the COVID-19 lockdown, many of them are left with a legacy of misuse of the funds they received from the landmark, multi-jurisdiction legal settlement reached with tobacco companies in November of 1998.

The settlement promises the federal and state governments billions in per year restitution to fund anti-tobacco efforts and promote public health.

Michael LaFaive, a fiscal policy expert with the Mackinac Center for Public Policy, and Todd Nesbit, an economics professor at Ball State University, wrote in a column for The Detroit News that tobacco settlement funds are being misused in the U.S. state of Michigan.

For InsideSources, LaFaive outlined how he sees that governments and legislature like in Michigan often strip funds from settlement-designated cash accounts to swell up budget imbalances for programs that aren’t even intended to support public health.

“Many states can and should do better if only elected officials would use more of their tobacco dollars to help their people quit smoking or persuade them not to start,” LaFaive said, adding that “MSA funds are essentially a tax on tobacco companies by a different name.”

The MSA “requires legal settlement dollars be paid out in the billions to states, many of whom use the dollars for expenditures completely unrelated to the reason cited for the lawsuit to begin with,” LaFaive added. However, the disbursement of state funds brought in by the Tobacco Master Settlement Agreement varies by the state legislature and the goals of the governor.

As part of a 2018 budget deal between the Democrat-controlled legislature and GOP Gov. Chris Sununu, lawmakers put in triggers for tax hikes should state revenues fall by six percent or more.

According to Andrew Cline of the Bartlett Center, thanks to an increase in tobacco sales during the COVID-19 shutdown — likely due in part to Massachusetts residents crossing the border where more retailers remained open for business — revenue from the tobacco settlement was $2.9 million above plan.

That money contributed to keeping revenues just above the 6-percent trigger.

State revenues were also buoyed by record collections from the state’s tobacco tax, which is about $14.5 million, and other sources like the lottery fund and taxes on insurance.

New Hampshire has yet to complete its final audit but, Cline writes, “if these figures hold, business owners could reasonably thank smokers and Massachusetts lawmakers for helping to prevent those automatic tax hikes.

“States are notorious for using funds for programs other than tobacco control,” Stroud told InsideSources. “There are many instances, which is deeply problematic as the MSA was in response to states suing the tobacco companies for health care costs related to smoking.”

Only 3 percent of all MSA dollars and generated funds from tobacco taxes went toward the funding of state and local tobacco control programs, Stroud said.

Meanwhile, several attorneys general are moving forward with the goal of using the MSA as a model for a new agreement for vaping products.

Juul Labs, for example, has been hit with literally hundreds of lawsuits from local and state governments seeking restitution and the cover of injury had by youth and adults that may have been harmed by using the company’s pod products.

The health impacts of vaping are still being debated, along with the impact of smokers switching from traditional combustible cigarettes to other products that present fewer health risks.

Still, there is little reason to believe states will be any more responsible with money from a vaping settlement than they have been with their tobacco settlement funds.