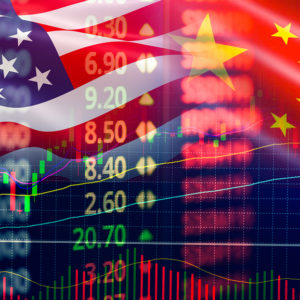 Stay Strong to Win on Trade

Forging trade agreements with any nation, especially China, is difficult and delicate work requiring patience and persistence. And it is important to anticipate and address the needs of those legitimately affected by trade disputes, such as farmers. What the United States can ill afford to do is to indulge fear-mongers, especially special interests that serve China.

A case in point is the international exchange of small packages, a large and fast-growing business in the e-commerce age.

The Trump administration has established the foundation for a significant trade win on this over China by mid-October. In fact, victory can be obtained with or without China’s cooperation.

China sends small packages half-way around the world to the United States at half the cost or less for Americans to send an identical package a town away. This is because international postal rates are governed by the Universal Postal Union (UPU), a U.N.-affiliated organization.

Until recently, China dominated the UPU. Starting last August, the Trump administration began a campaign for UPU reform. It gave the UPU a year’s notice that the United States would leave by October 17, 2019, without an agreement that is inherently fair and reasonable: foreign customers must pay the same for U.S. postal services as domestic customers.

Mike Devries is a farmer in Rock Valley, Iowa, who also has a tractor repair shop and an eBay business selling farm, automotive and machinery parts. A couple of years ago his eBay business saw its sales reduced because of the Postal Service’s ePacket from China. His business has recovered, but now he makes it a point to not sell anything small.

Most industrialized countries support the U.S. position because they are similarly subsidizing China. The UPU system depresses outbound mail and small package prices and inflates those for incoming items. This distorts markets. And it is only China and a handful of large package exporting countries that now reap a windfall.

The UPU has agreed to convene an Extraordinary Congress September 24-26. It is a toss up whether a deal acceptable to the United States can be reached. Each member country has one vote.

If necessary, the United States will be ready to leave the organization and to quickly negotiate bilateral agreements with other countries. The Postal Service has lots of experience in this area, having negotiated and executed more than 500 international contracts.

Those special interests that benefit from the status quo, and a handful of others who take the administration to task on every issue, have been conducting a fear campaign. It is designed to get the United States to back off on getting fair international postal rates for Mike Devries and the rest of us.

Here is what the special interests are charging and why they are categorically wrong.

—Military mail will not be delivered. Military mail simply does not leave the U.S. postal system. Senders just need to take a simple step, recommended on the U.S. Postal Service’s website: “To prevent mail from entering foreign mail networks, do not include city or country names in APO/FPO/DPO shipping addresses.”

—Overseas citizens will not be able to vote. First, bilateral agreements are expected to be in place sOON after the UPU Congress, if the U.S. leaves. Postal consultant Jim Campbell points out there is no dispute over how letters, which would include voting forms, should be priced and sent. Overseas voters often have the option to download and fax back an absentee ballot. They can also use a private shipping company.

—The price for outbound packages will skyrocket. While there will be price increases, Campbell estimates they will be modest, 4 percent to 15 percent for Western Europe. And, package exporters will be paying their fair costs.

By building on the work done to date, and working closely with other industrialized countries, the United States is in a strong position going into the UPU Extraordinary Congress. Our delegation should stick to its principles of fair pricing for all, remember what those like Mike Devries are going through and ignore the noise from special interests.