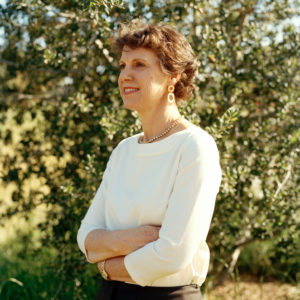 Strong Critic of Debt-Dependent Banks Takes Aim at the Enablers

A professor of business at Stanford University, Admati has spent the years since the 2008 financial crisis campaigning to make banks safer by weaning them off of their dependence on borrowed money. And she’s developed some harsh opinions of the people who are not inclined to agree with her on this point.

Regulators? Trapped in servitude to the bankers. Fellow members of the academy? Intellectuals in the thrall of the industry. Journalists? Clueless propagators of — you guessed it — nonsense. Admati might be the least likely person in academia to fawn over Wall Street or forgive its defenders, no matter who they might be.

From an obscure question a decade ago, the issue of bank capital, and how much of it there should be in the world, might now be the single most important matter of financial regulation going forward. And there’s a fair case to be made that Admati has done more than anyone in the western world to put the issue, in stark clear terms, before the body politic.

“Does it pay to be the challenger? My attitude is that you have to try,” Admati said. “The more I looked, the more I realized that very few can or would speak up.”

Whatever they think of her style or substance, Admati’s fellow academics appreciate how she has forced banks and especially regulators to take seriously her contention that there is far too much debt and far too little equity in the banking system to truly call it, 8 years after the worst financial crisis since the Great Depression, safe and sound.

In a new research paper, Admati is now taking aim at the enablers of the bankers. In an interview, she called it — here’s that word again — a study of “the political economy of nonsense.” Straying far from the economist’s traditional argot of equations and Greek letters, she analyzes how a mutually reinforcing system of interests, beliefs and practices creates a system in which “everyone” believes that enforcing higher capital requirements on banks is a bad idea.

“Once it becomes a thing people think, it’s hard to undo,” Admati said.

Fellow academics who agree with her don’t simply admire the intellectual case she makes. Admati all but bangs on the doors of regulators until they agree to see her. She doesn’t much care if her tone is a tad abrasive. At a recent symposium at the Minneapolis Federal Reserve Bank, Admati interrupted a lunchtime speech of a former Fed governor, and continued a heated discussion with him after dessert.

“She’s forceful, and forceful counts these days,” said Morris Goldstein, a senior fellow with the Peterson Institute for International Economics. “There are other people making the case, but she’s been a leading light in energizing the issue.”

Mention Admati to a bank lobbyist and you’re likely to get a reaction ranging from sheer exasperation to outright contempt.

“I think that she misunderstands the cost of capital,” said Wayne Abernathy, executive vice president at the American Bankers Association, and a former assistant Treasury secretary under President George W. Bush. “She also misunderstands the role of banks in the economy. But I hear that she gives a good speech.”

Mention Abernathy to Admati and she knows him immediately. “This guy is a real piece of work,” she said. As it turns out, Admati has assigned Abernathy’s writings to her students at Stanford. Their job: debunking the lobbyist. “My students did a great job,” she said cheerfully.

In truth, Admati has probably won the overall argument already in the sense that regulators have already imposed higher capital cushions on banks. The real debate is now how far to go, and there are voices cautioning against a rush toward more.

Doug Elliot, a consultant for Oliver Wyman, argues that the cost of capital — what it would cost banks to issue new shares — will have ripple effects through the broader economy. More capital won’t necessarily be better.

“You’ve reached a situation where the exact form of those regulations will seriously affect the decisions that are made: which types of loans would be done, how much would be charged, what other types of activities would be done,” Elliot said.

The issue, at its core, is how much money banks should have to raise from shareholders, and how much they are allowed to borrow. And because it affects everything from how large a bank can become to how much it pays executives to how unstable it makes the banking system, it is extremely contentious.

In a non-financial business, equity is the money that is raised from investors — in exchange for ownership shares — that need not be paid back. Owners of the shares have no claim on the company’s assets if it goes bankrupt. And, the company can borrow more money against this equity to fund its work.

In banking this money that need not be paid back is called, somewhat confusingly, capital, or, more precisely, equity capital. The rest of the money that banks use to make loans, speculate in other assets, issue mortgages or pay its employees is debt. A lot of that debt takes the form of deposits — loans made by customers to the bank, in effect — but even more is borrowed money from all sorts of sources, whether the bond market or other banks.

Banks grew used to raising more and more debt in the years before the financial crisis, and it’s not hard to imagine why. By leveraging those initial shares of equity — capital — with debt, banks could do more and more business, raising the value of the shares. Since bonuses are often linked to share price, the payoff was intensely personal.

After the financial crisis, regulators pivoted from decades in which they allowed banks to have less and less capital. The Federal Reserve and its counterparts in other countries demanded more debt and less equity. They had learned from bitter experience that in a pinch, creditors will call in loans to banks, but investors can’t simply snatch equity back. So it’s a welcome cushion in times of crisis.

Admati’s newest paper updates the old saw from Upton Sinclair, the early 20th century American muckraker, who once commented, “It is difficult to get a man to understand something, when his salary depends upon his not understanding it!” But she cautions that the enablers of the bankers are not simply being paid off, though that does happen.

“No, no, no, no. It’s much more complicated than that. I had no idea that I was facing a willful blindness,” Admati said. “People don’t understand. Or want to understand.”

So, Anat Admati is going to make them understand.

A professor of finance and economics at Stanford’s business school, Admati analyzed corporate decision-making dynamics before the rise of global finance drew her attention in the 1990s. After the 2008 financial crisis, the system was ripe for change, though not without a fight. Admati, now 59, has been at Stanford for 33 years, and the challenge appealed to her.

Born in Israel, she grew up in a left-leaning family active in the country’s Labor Party, and in Peace Now, which advocates a negotiated end to the Israeli-Palestinian conflict. Explaining her background, she references the old joke about “two Jews and three opinions.”

“The culture encourages intellectual debate,” Admati says. “That’s the kind of culture I grew up in. You can call it a temperament. I’m passionate.”

The title of Admati’s new paper: “It takes a village to maintain a dangerous financial system.”

In that village, according to Admati, there are few incentives for speaking the truth, as she sees it, namely that banks should make do with more equity and less debt. Even academics, who might enjoy tenure and a comfortable job, tend to work within the system, not criticize it.

“Their incentives may be colored by the desire for job or consulting opportunities, positions on advisory or corporate or policy boards, prestige, sponsorship of research or conferences, data, and research collaborations,” Admati writes.

She doesn’t spare journalists either. “Publishing negative reports, or asking challenging questions, can interfere with access to stories or interviews,” she writes. “‘Balanced’ reporting may involve quoting false or misleading statements from industry.”