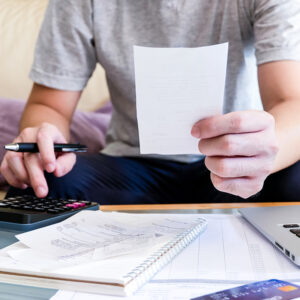 Across the United States, consumers struggling with debt is far too common. Approximately one in four Americans face collections from overdue unsecured debt, while one in five individuals face serious delinquency lasting at least two years. Help for debt can be hard to find and does not always improve the situation.

Two of the most common options available to consumers are Chapter 13 bankruptcy and debt settlement. Harvard Professor Will Dobbie and I analyzed those two options in a recently released study. This rigorous analysis compares the effectiveness of these two solutions – and highlights areas where debt settlement outpaces bankruptcy and delivers more consistent results for the countless Americans who have wrestled with debt.

While both are similar in that they involve a consumer repaying part of their unsecured debt over time, they are structured very differently, and those differences can drive wildly different outcomes for consumers. On one hand, Chapter 13 bankruptcy has often been portrayed as a “secure” option in which indebted individuals can achieve a fresh start by liquidating their assets through a structured repayment plan. Debt settlement, on the other hand, offers direct and predictable relief for consumers through thorough negotiation with creditors and settlement of the outstanding unsecured debt.

By the very nature of bankruptcy and the legal system, Chapter 13 filers are forced to overcome hurdles that are not present for debt settlement clients. Most importantly, having to pay money at the start of the process, due to upfront legal and court fees, filers are behind the 8-ball from the start. Compare that to debt settlement, where the client is protected by stringent federal regulations which prevent them from being charged a single penny until a settlement is delivered, they accept that settlement and make a payment toward it.

The study takes a long hard look at these two solutions by evaluating consumer savings, re-filing and re-enrollment rates, the indirect costs of seeking debt relief, and the long-term trends with each process. One of the key findings is that Chapter 13 bankruptcy leaves the majority of Chapter 13 filers in a worse position than when they filed, while a tiny percentage of debt settlement clients are worse off.

In fact, Chapter 13 filers are 25 times more likely to experience a financial loss, with more than 50 percent of filers actually losing money while they move forward in the bankruptcy process. That is compared with the less than 2 percent of debt settlement clients who see financial losses, leaving debt settlement the clear winner for the typical consumer’s pocketbook.

While the two debt relief processes share the same goal – helping individuals who seek out support to recover from their overwhelming financial burdens – it is of the utmost importance that consumers understand which route will offer better and more consistent results, while they are in the midst of their struggle as well as over the long-term. As our study shows, when compared to Chapter 13 bankruptcy, debt settlement more reliably delivers sustained debt relief to Americans seeking to put their financial troubles behind them.

Freddie Huynh is Vice President of Data Optimization at Freedom Debt Relief, where he is responsible for driving research to empower consumers with data driven insights to make better financial decisions regarding debt solutions. He wrote this for InsideSources.com.