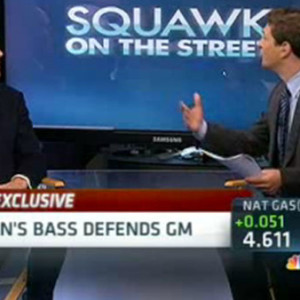 This piece was written by Jim McTague for InsideSources. It also appears on Barrons.com via the InsideSources News Service.

Not very long ago, J. Kyle Bass was one of the hottest brands in the $2.5 trillion global hedge fund industry.  Bass anticipated the disintegration of the nation’s mortgage market in 2008, Greece’s economic demise in 2012 and the massive bond-buying program by the Bank of Japan that began in 2013. Investments based on these insights made a mint for both himself and for clients of his $2-billion-asset Hayman Capital, which has its headquarters in Dallas. His track record of identifying global imbalances and profiting from them catapulted the unflappably confident former bond salesman into stardom.

The investment world viewed him as a visionary who had a clear-headed plan for investing in a world where economies have been wildly distorted by artificially low interest rates. Bass’s spot-on insights also turned him into one of the investment conference circuit’s most powerful draws; and his guest appearances were coveted by business network show hosts because their audience hung on every word uttered by the brashly confident asset manager. Best-selling author Michael Lewis even profiled Bass in the opening pages of his 2011 book, “Boomerang: The Meltdown Tour.”

Alas, Bass has had a dismal time of it as of late in the land of investment. Suddenly, the former luminary can’t seem to get anything right.  His massive investment in GM stock bombed when news broke about the deadly problem with the ignition key switches on some of Chevrolet’s Cruze models. Bass also made a huge bet on an oil-price rebound, arguably a mite too early.

He’s predicting an economic comeback for – of all places – Argentina, a country with one of the world’s worst economies whose government defaulted on its debt last year for the second time in 13 years. And then there’s a rather unconventional investment practice that he and a partner with a reputation as a patent troll adopted, provoking something of a backlash in Washington, where lawmakers have moved to pass legislation to prohibit the practice – and upend Bass’s plans in the process.

In short, Hayman Capital appears to have run aground, at the very moment when other hedge fund giants, who were content to sail along on the market’s flow rather than trying to out-guess it, are cruising to financial success.

All this helps to explain why Michael Lewis, the author of “Boomerang,” offered what turned out to be a slightly prophetic take on Bass at the height of his financial stardom: “A man who has been as dramatically right about the future as Kyle Bass has been about the subprime mortgage bond market collapse might easily fool himself into thinking he had a talent for being dramatically right about all sorts of other complicated things.”

It’s difficult to know exactly how Bass’s funds are doing because he keeps his fund’s actual performance metrics close to the vest.  Bass, who admits to being driven by his own feelings of inadequacy, declines to reveal his compound rate of return for the past five years. And he will not discuss his average long positions versus his average short positions – two measures frequently employed to compare fund performance.

Hayman’s setbacks come as the industry’s top performers have been putting up great numbers. (Consider, for example, that LTE Hedge Fund, managed by Melkonian Capital, was up 34 percent in 2014, according to an LTE performance letter to clients obtained by Bloomberg). And by Bass’s own admission in a recent interview with InsideSources, things aren’t looking all that good in 2015. “It’s been a tough year,” acknowledged Bass, who devotes time to spearfishing in the Bahamas. “It’s nice to win all of the time. When you are not winning and everyone else is, it makes life difficult.”

And yet like a gambler doubling down, Bass maintains enthusiasm for some of his more unorthodox bets. His rebound plan has two key elements, oil and Argentina, both of which are plays being avoided as too risky by the conventional investment crowd. He’s certain that it will work because Bass, who has a mathematician’s appreciation for precision, has arrived at it after careful research and logical deduction. But others see a huge gamble, even by the freewheeling standards of the financial industry.

Bass’s oil argument is intriguing, if unconvincing to others. Even as crude prices drop, he argues that the current global glut in oil will rapidly give way to a supply squeeze over the next 12 months. Here’s his reasoning. Declining prices are going to push a lot of thinly capitalized players to dismantle their drilling rigs. That will, in turn, reduce supply and create opportunities for the remaining drillers. And so, he’s naturally investing robustly in oil drillers. “The supply glut is going to swing to a pretty severe supply deficit in the next 12 to 18 months,” he predicts.

It’s audacious, especially at a time when there’s a widely held belief that a nuclear deal with Iran – assuming it squeaks by Congress – will enable the cash-starved country to  dump even more low-priced oil on the market. That, in turn, would depress prices even lower than they are today. But Bass says he does not expect any significant Iranian oil production until sometime in 2016 for a couple of reasons. First, he notes that Iran’s oil reservoirs have been closed for a very long time, meaning they will need time to ramp up. Second, he says, it will take anywhere from four to six months — in his estimation — for the treaty actually to be implemented and sanctions relief to kick in.

On Argentina, he is bullish where others are heading for the exits. He says he has invested in Argentine equities, another bold move considering that the country has one of the world’s worst economies, characterized by government debt, corruption, high taxes, currency controls and rampant inflation. Bass points out that the leading candidates in the presidential contest, which will be decided in October, all pledge to end the economic policies of President Cristina Fernandez de Kirchner. “There’s going to be a sea change in the manner in which that country is governed,” Bass said, arguing that the country, which is rich in natural resources, will attract huge amounts of foreign investment in the next five to seven years. But that, of course, remains to be seen.

Finally, Bass is courting controversy with a new investment tactic recently adopted by his fund. He teamed up with Erich Spangenberg, CEO of IPNAV, to challenge what they argue are questionable patents held by pharmaceutical companies to stifle competition from the generic marketplace. (It’s worth noting that Bass’ new partner, Spangenberg, has been described as the world’s most notorious patent troll. IPNAV says it has generated over half a billion dollars in licensing revenue in patent-infringement penalties for its clients, which include individual investors, corporations, and universities.)

Bass will not discuss this investment because it’s become a political hot-button issue in Washington, D.C.  Members in both the House and the Senate are in the process of changing the law on patent challenges to exclude persons who actively short the target company’s shares.

Indeed, just the news that Bass and Spangenberg have filed a patent challenge at the U.S. Patent and Trademark Office is enough to send a stock tumbling, and drug makers contends this will hurt their companies and raise the cost of new medicines. Consider that Shares of Accorda Therapeutics, maker of Ampyra, a multiple sclerosis drug, fell 10 percent in February when Bass filed a challenge that claimed its patent on the drug should have expired years ago. But Bass contends that about 1 percent of branded pharmaceutical companies have gamed the patent system in order to keep charging top dollar for medicines that rightly should be available in generic form for more patients.

The political winds may be blowing against Bass, with the pharmaceutical industry pushing to narrow the universe of persons who have standing to file a patent challenge for review by a panel appointed by the Patent Office. A bill easily passed the House Judiciary Committee in June and awaits a floor vote. A related bill is before the Senate Judiciary Committee. The pharmaceutical industry is hoping on passage in both chambers in August. The change would cut the legs from under this particular Bass strategy.

A recent blog by a lawyer at the white-shoe firm of Steptoe & Johnson seemed to capture the growing consensus in Washington on the Bass strategy when the blog described it as “the dawn of reverse monetization, in which a party may extract value by eroding another party’s patent rights.”

But Bass, the man who gained acclaim playing long odds (he would say making calculated risks), seems unlikely to fold his cards any time soon.

Note: This story has been edited to remove a mention of press reports of Hayman’s 2014 performance.