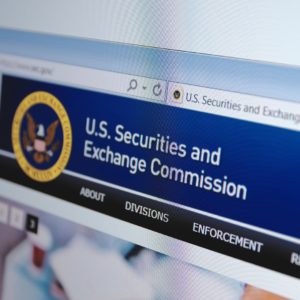 Memo to accountants: In the future, there are going to be fewer shadows and more sunlight in your world. Even investors are fed up with the opaque system in which you’ve thrived.

For much of the past 10 years, a mixture of espionage, intrepid journalism and political pressure has exposed financial practices that thrived in the dark but don’t do nearly as well when made public. Tax minimization schemes. Deals with low-tax governments. Complex legal structures that obscure ownership.

Now, a mixture of investor activism and public shaming is turning the international tax and financial system, which all but invites companies to move and stash money all around the world, into an agenda item for federal regulators, lawmakers — and perhaps prosecutors — in the coming years.

The investor beef is simple: a murky mix of companies with anonymous owners, money routed through low-tax jurisdictions and spotty reporting requirements make it impossible to figure out what a company is really worth. Is the stock overpriced? A bargain?  Hard to know.

“The system companies create enormous risks for investors that they can’t begin to understand them,” said Liz Confalone, a policy counsel with Global Financial Integrity, which tracks illicit financial flows. “You don’t know whom you’re doing business with if you don’t know who’s behind the company.”

Last week, a group of investors with about $740 billion in assets under management, endorsed legislation that would require companies to disclose information about their actual, beneficial owners. Currently, all 50 states allow the creation of firms whose owners can remain anonymous.

That piece of legislation might not be on a fast track to passage, but the same spirit animates a broader effort underway to shine light where none has been before, one in which investors and regulators are pulling in much the same direction as vocal, but less powerful activists.

A report by Confalone’s group outlined the risks investors face when they invest in public companies that use hard-to-track subsidiaries. It outlines how the use of anonymous firms by companies such as Chesapeake Energy, a natural gas giant and China’s ZTE Corp., a telecommunications equipment company, led to litigation and scandals that cost investors dearly.

The Securities and Exchange Commission, which regulates publicly-traded companies in the United States, in April sought public comment on a possible revamp of Regulation S-K, the foundational rule for corporate disclosure that dates back to 1933, when the agency was created during the Great Depression. The input revealed an appetite among investors for more disclosure, and initial signs of opposition from companies doing the disclosing.

Calpers, the largest public pension fund in the United States with $295 billion in assets, gave a full-throated endorsement of where the SEC is headed. “As long-term shareowners, effective disclosures are essential to enhancing the efficiency of capital markets and support informed decision-making as to how we vote our interests and allocate capital to achieve sustainable returns,” Calpers interim CEO Douglas Hoffner wrote the SEC in July.

A Fight on Disclosure

The U.S. Chamber of Commerce, however, signaled that the SEC will have a fight on its hands if it moves too aggressively.

“Excessive disclosure, however, imposes unnecessary costs on organizations and, ultimately, on shareholders and customers,” wrote Tom Quaadman, senior vice president at the Chamber’s Center for Capital Markets Competitiveness. “It also has the tendency to overload investors, especially retail investors, with extraneous information that can confuse or obfuscate material information.”

Nevertheless, the SEC has already moved to chip away at practices that tougher disclosures rules might prevent entirely.

Over the past year, the agency has started questioning companies such as Disney and General Electric, about how they disclosed taxes paid to foreign governments. Google and Apple have likewise faced pressure from the SEC to reveal how much money they stash overseas to avoid U.S. taxes.

Both issues have become important to investors, whose interests the SEC is supposed to defend. U.S. companies typically disclose how much they pay in taxes at a global level, but since they operate around the world, changing political and business conditions in individual countries can make it hard for investors to predict earnings overall. Some firms have had to restate profits because their tax burden has suddenly risen.

“The reasons these disclosures are not sufficient and certainly cannot be called transparent is that many of the items included in that foreign tax line are subject to different trends and uncertainties,” Nili Shah, a deputy chief accountant in the SEC’s Corporation Finance division, which is responsible for examining company filings, said at an accounting conference.

Financial Accountability and Corporate Transparency Coalition, a group of more than 100 organizations that campaigns for increased information from companies, issued a report this week citing Caterpillar, Chevron and Google as examples where national agencies have more information than investors. Such was the case as well with Apple, which faces a $14.5 billion payback of allegedly illegal tax benefits to the Irish government.

“If tax authorities are using country-by-country reporting information to bring cases against companies engaged in abusive tax avoidance, it makes sense that investors should have access to the same information to ensure that they fully understand the tax risks associated with each company,” said Clark Gascoigne, deputy director of the coalition.

Forcing companies to disclose their use of anonymous corporations, whether in Delaware, Panama or Luxembourg, would be another leap toward transparency, and its advocates have focused on building a coalition that goes beyond traditional corporate critics.

Endorsements for the legislation have come from Sen. Sheldon Whitehouse, a Rhode Island Democrat, and by Sen. Charles Grassley, a senior member of the Senate Finance Committee. And the appeal for the Department of Justice, the Drug Enforcement Administration and other law enforcement agencies is obvious, said Mark Hays, a senior adviser with Global Witness, which works to expose economic networks behind drug trafficking, human rights abuses and government corruption.

The legislation, Hays said, “would create a paper trail law enforcement could use to better investigate criminal or corrupt schemes that in some cases involve major businesses and would pose threats to investors.”