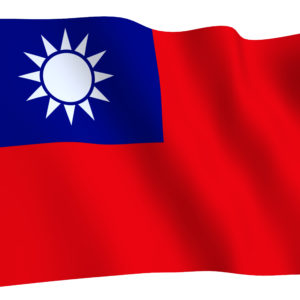 Consumers see more options and lower costs on the goods they rely on when international markets open up.

That’s especially the case now as border arrangements remain tenuous due to COVID-19. Fortunately, indications are that the U.S. and Taiwan may soon pursue a free trade agreement.

While some sticking points remain in negotiations, a trade agreement would give struggling Americans unprecedented access to one of the most innovative countries in the world. It’s time for the U.S. and Taiwan to trade freely and set the stage for the post-coronavirus economy.

U.S. consumers have plenty to gain from a bolstered trade relationship with Taiwan, especially as America stands at the cusp of deploying nationwide 5G digital services.

According to American Enterprise Institute scholars Dan Blumenthal and Michael Mazza, “The Taiwan Semiconductor Manufacturing Company, LTD (TSMC) supplies chips to companies such as Qualcomm, Nvidia, and Advanced Micro Devices. Without Taiwan’s semiconductor and information and communication technology (ICT) industries, many of the world’s most ubiquitous consumer electronics would not exist or, perhaps, would rely on China’s (People’s Republic of China, PRC) industry to the detriment of the United States.”

Increased low-cost access to chips would expedite the rollout of the latest, greatest generation of internet slated to be at least 10 times faster than the LTE status-quo.

An agreement would be especially timely since the Federal Communications Commission’s reforms to streamline 5G approval were recently affirmed by the U.S. Court of Appeals for the Ninth Circuit. This court ruling coupled with a free-trade agreement could be the one-two punch necessary to deploy faster, more reliable internet across the country.

But tricky issues are preventing a smooth negotiation process between Taiwan and the U.S. Taiwan has long sought after a trade agreement with the U.S., but talks have gone nowhere because of long-standing political considerations.

The thorniest issue has historically been China’s reaction, owing to a hostile relationship between Taiwan (“the Republic of China”) and the “People’s Republic of China.” Despite the civil war between the two powers having ended more than seventy years ago, China continues to threaten countries seeking a relationship with Taiwan.

In response to reports that President Tsai Ing-wen is seeking a trade agreement, Chinese Foreign Ministry spokesperson Wang Wenbin stated, “China firmly opposes any official interactions between the U.S. and Taiwan. China will take firm countermeasures in response to the U.S. wrong move.”

Despite this significant obstacle, President Trump is far more likely than his predecessors to push the envelope and green-light a trade agreement. After all, it was Trump who chose to take a call from President Tsai following the American leader’s election in 2016 despite warnings from experts that answering the phone would have grave geopolitical consequences.

While there are always risks for rocking the geopolitical boat, China recognizes that it has a lot to lose by sanctioning the U.S. or cutting off its exports to the U.S. Besides, the U.S. would be well within its rights to snub China after the “People’s Republic” covered up early coronavirus cases and directly enabled the spread of the deadly disease.

Besides the China issue, there’s the nitty-gritty that typically gets in the way of trade agreements. Taiwan is leery of the chemicals used in the production of U.S. meat products, and it will be difficult to convince the island-nation to ease restrictions on these imports. But surely some sort of accommodation is possible and President Tsai seems willing to look past these alleged issues with U.S. beef and pork products.

Policymakers from both countries should be “clear-eyed” (as Tsai puts it) and focus on the big picture. The two nations stand to benefit significantly from tighter trade ties, and leadership on both ends of the Pacific can make it happen.

It’s time to enact a free trade agreement between the U.S. and Taiwan and lay the groundwork for the post-coronavirus economy.