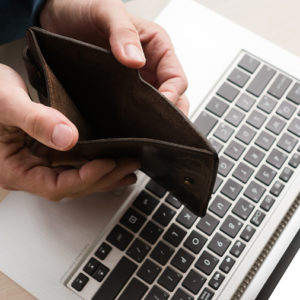 Public debate usually focuses on job losses associated with a minimum wage hike, but the bigger problems are higher taxes and reduced benefits for workers.

By incentivizing employers to convert nonwage benefits to wages,  minimum wage advocates are, probably unknowingly, proposing a massive tax increase on the poor.

For some workers, this would mean a tax increase of up to $2,370 per year at a $15 per hour minimum wage. Depending on which state a worker lives in and other factors, shifting untaxed non-wage pay over to taxable wages could also expose some minimum wage earners to income tax liability, sales taxes and other taxes.

This tax increase would be even more unfair in rural areas. Due to lower costs of living, wages are lower in Nebraska than in Manhattan. But a $15 or $22 minimum wage there would affect far more workers.

At minimum, workers would pay more FICA tax, which funds Social Security and Medicare. This is already the largest tax most workers pay, at 15.3 percent of their wages, evenly split between workers and employers — but non-wage pay is exempt.

It’s not just taxes that would go up. Some workers might also see their higher wages offset by higher co-pays at the doctor due to cuts in the company health insurance plan. An employer that was OK with an employee leaving early on Wednesdays to take their kid to soccer practice might be less generous about it when that extra hour of informal paid leave is more expensive.

Job loss may not be the biggest problem but would still be cause for concern. The Congressional Budget Office estimates that a $15 minimum wage could eliminate as many as 1.3 million jobs. A $22 minimum wage would cost even more.

This may be overstated, since employers will go to great lengths to avoid firing people when possible, preferring other tradeoffs instead. Hour cuts are more common, as more than three-quarters of New York City restaurants experienced after a recent minimum wage increase.

But certainly employers are more reluctant to take on new hires and might not replace departing employees, leaving more work for the remainder.

Some tradeoffs are easy to see, but many others go unreported. For example, a restaurant may have an informal policy of letting employees help themselves to some free food during shifts. But when an employer is paying more for wages, they will face greater pressure to eliminate such costs.

The exact amount of this informal non-wage pay is almost impossible to measure, but it is a real benefit for employees.

When you tally up hour cuts, less job security, fewer alternative options, plus a tax increase, minimum wages do not live up to their billing as a pro-worker, anti-poverty policy. Combine the Fight for 15 or Steyer’s $22 proposal with an ongoing trade war, and the result will be an unfair double whammy for millions of workers.

There should be a more vigorous debate over whether these trade-offs are worth it.